10 NFL veterans who could be surprising training camp cuts 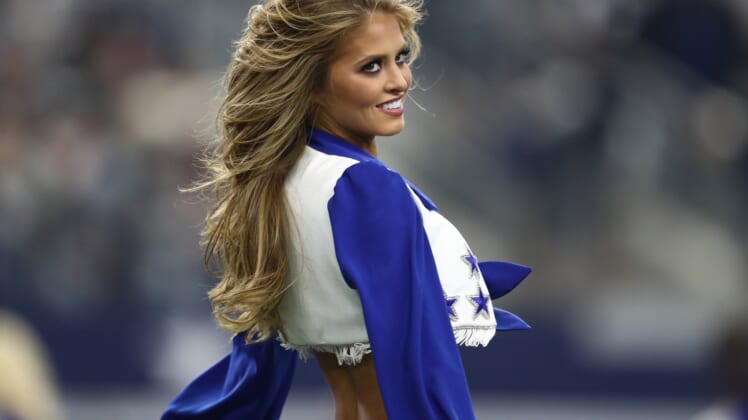 Every summer, young players come seemingly out of nowhere to provide value to their teams, while subsequently making notable veterans training camp cuts.

It’s the latter group we’re focusing on here. These 10 NFL veterans have done big things in the past but could be looking for new jobs before the start of the 2019 NFL season.

A first-round pick out of USC in 2015, Agholor has been solid but not quite the star you’d expect. His strongest campaign came in 2017, when he caught eight touchdowns. Outside of that, Agholor has seven touchdowns in his three other seasons and has never caught more than 64 passes in a single season.

Set to count nearly $9.4 million against the cap if he’s still on the roster when the season begins, Agholor could be a cap casualty this summer. The Eagles selected former Stanford star JJ Arcega-Whiteside in the second round and brought back DeSean Jackson in a trade with Tampa Bay. Agholor could easily be the odd man out if he fails to wow in training camp.

The Giants paid big money to Jenkins in free agency before the 2016 season. Since then, “Jackrabbit” has been burned far too often and has been a liability because of it. As a result, New York aggressively went after defensive backs in the draft, selecting Deandre Baker in Round 1, along with Julian Love and Corey Ballentine on Day 3.

Though Jenkins would represent a dead-cap figure of $7 million if he is cut, the Giants could also save $7.75 million against the cap by letting him go.

It seems counterintuitive that Washington would cut Keenum just months after trading for him. Yet there are a few compelling reasons it might just happen before the 2019 season begins.

Dwayne Haskins has been impressing teammates and coaches this offseason, and it would not be shocking if Washington started the first-round pick right out of the gate in 2019. Then there’s the Colt McCoy factor. The veteran backup knows Jay Gruden’s system like the back of his hand, and Gruden himself has hinted that McCoy could end up starting once he comes back from his leg injury. Finally, Keenum has zero guarantees on his contract.

A first-round pick out of West Virginia in 2016, Joseph has appeared in 40 games and started 32 for the Raiders the past three years. He’s also shown himself to be a versatile player, logging three interceptions and three sacks. Yet he could be looking for a new gig this summer, nevertheless.

Oakland signed Lamarcus Joyner in free agency and then expended a first-round pick on Johnathan Abram in the 2019 NFL Draft. On top of that, the Raiders declined to pick up Joseph’s fifth-year option, putting the former first-rounder on notice in a big way. If he doesn’t impress during training camp, Joseph might just have a candid moment as a featured player on “Hard Knocks.”

The Jaguars have made it clear they intend to pound the ball with a relentless rushing attack that starts with the offensive line and running back Leonard Fournette. Blue was signed in free agency to complement Fournette.

However, Blue isn’t an explosive back. The past two seasons he has seen his yards-per-carry average tank — 3.8 yards per carry in 2017, and an abysmal 3.1 yards per carry last season. He may be experiencing the steep decline of an aging runner. Additionally, Jacksonville might have a diamond in the rough in fifth-round running back Ryquell Armstead out of Temple. Blue, 28, may end up becoming nothing more than training camp fodder when it’s all said and done.

Allen’s NFL journey has taken plenty of twists and turns already. A former fifth-round pick, he emerged as a valuable rookie late in his first season and has been a starter ever since. He inked a three-year deal before last season and figured to be a long-term star on that defense, only to suffer an Achilles tear in Week 3.

Allen is nearly 10 months removed from surgery and he was unable to participate in any offseason practices as he continues to recover. Meanwhile, 2017 fifth-round pick Damontae Kazee is a rising star who wowed last season, tallying seven interceptions. Atlanta’s secondary is deep as well, meaning Allen could end up on the chopping block later this summer.

The wide receiver talent John Lynch assembled in San Francisco is impressive. At least one veteran is going to end up as a surprising training camp cut, and despite his big-play abilities, it might just be Goodwin.

Most of the guaranteed money in Goodwin’s contract was doled out last year — if he is cut, he’ll count less than $1.9 million against the cap in 2019. Given his injury history, his pursuit of an Olympic medal, and the young talent competing against him, Goodwin could be seen as expendable this summer.

This is an interesting case in which the Chargers clearly wonder if Phillips — a First-team All-Pro as a special teams ace last year — can continue to play at a high level. Los Angeles re-signed the former undrafted safety to a one-year deal worth just $1.25 million guaranteed.

The Chargers then selected a favorite among the draftnik community, Nasir Adderley out of Delaware, in the second round. Given Derwin James is already showing himself to be a dominant safety, and that Desmond King has emerged as the ultimate utility defensive back, the Chargers could end up moving on from Phillips this summer.

Once a promising young star in Jacksonville, Hurns failed to establish himself as a go-to weapon in Dallas last season after inking a two-year, $12 million contract in free agency. He ended up on injured reserve after suffering a gruesome ankle injury in the playoffs.

Dallas is high on young receiver Michael Gallup, and of course Amari Cooper is a dynamic weapon. The Cowboys also signed Randall Cobb in free agency and have hopes for a few other young receivers. If Hurns isn’t showing out well in training camp, the cap-strapped ‘Boys will have to consider releasing him to save $5 million.

For most of his tenure with the Bills, McCoy has been nothing short of a star. Last season, however, the veteran saw his production plummet while dealing with a few nagging injuries. Bills general manager Brandon Beane took a proactive approach to the running back position this offseason. He drafted former FAU star Devin Singletary in the third round, signed the ageless Frank Gore, along with pass-catching back TJ Yeldon in free agency.

Set to turn 31 ahead of the 2019 season, McCoy may just end up on the outs in Buffalo, especially considering the Bills can save over $6.4 million against the cap by releasing him.