10 NFL Players Who We Really Love to Hate

It is easy to cast shade on some of the more popular NFL players, especially when they belong to your favorite team’s rival, or maybe, quirky mannerisms and comments get the haters riled up.

Either way, here are 10 players who are continuously bashed by the public yet probably couldn’t care less about what the doubters say.

Why is everyone annoyed by Jay Cutler? It could be because he’s one of the highest paid quarterbacks, and when he screws up, he’s seen on the sideline displaying a face that screams “I don’t care.” 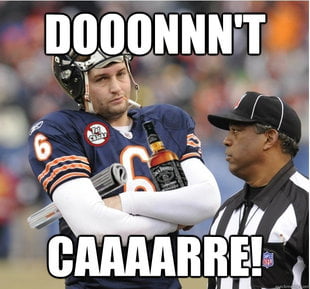 Supposed lack of interest, bored body language, season-long struggles and a horrible finish to the Bears’ recent campaign (5-11) have people hating on Cutler. Does he care? Nah. He’s probably having a magnificent offseason with his lovely wife and two sons, enjoying his 126.7 million contract, per Spotrac.

What could possibly bug people so much about Clay Matthews? How about that darn hair that he showers in Gatorade then model-flips back while all that sticky juice flies around everywhere? Let’s start there.

How gross and annoying is this? Oh, and then there are his Fathead commercials. Can we imagine life for poor Matthews’ future wife in 10 years or so, surrounded by hair, Fathead selfies and a lifetime supply of Gatorade in the garage? Yuck.

Poor Colin Kaepernick has landed his share of haters. Is it the tattoos that he loves to kiss, his well-endowed nose or just those ridiculous abs that so many hate? We’ll leave the ladies out of this one. Maybe it’s the offense that sends Kap high-tailing down the field rather than airing out the ball, which has produced its share of poor results, too.

Perhaps things will improve after his recent 10-week study and practice course under former Arizona Cardinals’ quarterback Kurt Warner. Either way, Kaepernicking is not going away.

Why would Rob Gronkowski be on the haters list? Primarily because he’s had more fun over the past few months than all of us combined. Gronk goes to Miami, he sails on yachts and he parties with pop stars. In his down time, he’s the star of about every late-night TV talk show, he’s stealing the court or the ice at major sporting events, he’s surrounded by hot women and he’s going to be a movie star.

He also twerks 100 times better than Miley Cyrus, and he gets away with this:

Are we jealous yet?

Outside the minds of most Steelers’ fans, Ben Roethlisberger is one of the most disliked NFL players out there. This typically stems from reports that he’s had a violent past with women, although no concrete charges have ever been drawn.

Oh, and he looks downright hideous wearing stripes. Despite all the hate, Big Ben just landed a whopper of a contract extension, so don’t look for him to be out of our sight—or the league—any time soon.

We should be able to recognize that Richard Sherman is one of the better—if not the best—cornerbacks currently in the NFL. So does he really have to shout it out over the public announcement system?

I mean, does the top heart surgeon at Cedars Sinai Hospital in Los Angeles use the loud speaker to self-declare that he’s the best surgeon in the field? Of course not. We know it. This is what makes Sherman mega-annoying.

His public lashing of former San Francisco 49ers’ wide receiver Michael Crabtree will forever be etched into our ears. Sherman ranted for what seemed like three hours following his famous tipped ball that was intended for Crabtree in the 2014 NFC Championship.

Even quarterback Tom Brady is not a fan.

We might as well address Tom Brady, who has amassed tons of haters throughout the years. Why would people hate Brady? He wins Super Bowls—four to be exact—has a picture-perfect family complete, amazing houses and loads of money.

He looks like a model, is married to a model and takes epic vacations. Really, what is there to hate? 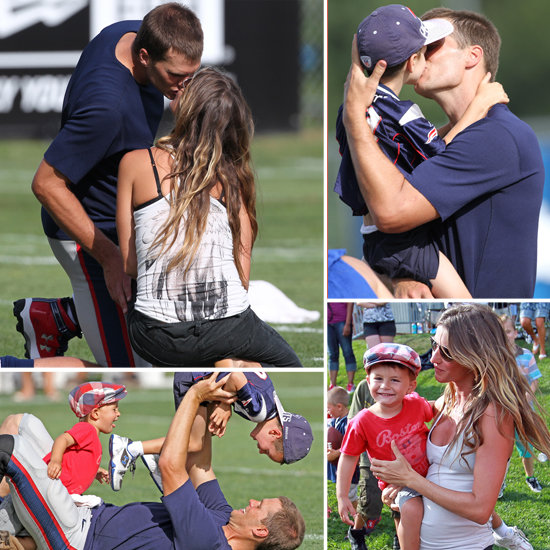 Perhaps it’s Brady’s taste in cars? We’re still trying to figure this one out. 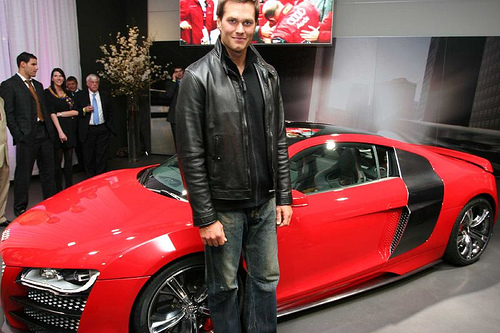 Ndamukong Suh has a reputation for being a bully and dirty player on the field, so the haters here are a bit more obvious. I mean, did Suh really have to resort to kicking quarterback Matt Schaub in the groin a couple seasons ago?

How about when he stepped on Aaron Rodgers’ leg and blamed the mishap on his foot being numb? Come on. Tough is one thing, but don’t be dirty. But hey, does Suh care? Probably not, since he now resides in Miami instead of Detroit and is laughing his way to the bank after signing the NFL’s third-largest contract.

Whether Marshawn Lynch says nothing or repeats the same thing, he attracts his fair share of haters. If the guy just wants to remain in the low-light and keep quiet, that’s his choice. After all, he’s just here so he won’t get fined. I mean, really, the guy pretty much minds his own business.

Of course, that’s what irks some people, who see Lynch’s quiet public nature as a disrespectful act. But what rule says being a shy or reserved person is a crime?

If it’s not Lynch’s lack of dialogue, maybe it’s his offensive touchdown celebrations; that he thinks groping himself looks cool on camera. Well, that’s one gesture we actually wish Lynch would keep bottled up.

Tony Romo is constantly surrounded by a pool of doubters. So, when he finally had a respectable offensive line blocking for him, Romo showed up every quarterback in the NFL. He posted league-leading numbers during the last six weeks of the regular 2014 NFL season, tossing 16 touchdowns to only two interceptions. The haters, however, would claim this was not good enough, as the Cowboys once again did not reach the Super Bowl.

As far as Romo’s personal aura, he tends to be a jinx at other public sporting events, and people just do not buy into his cheesy—yet amazing—salesman-like smile. 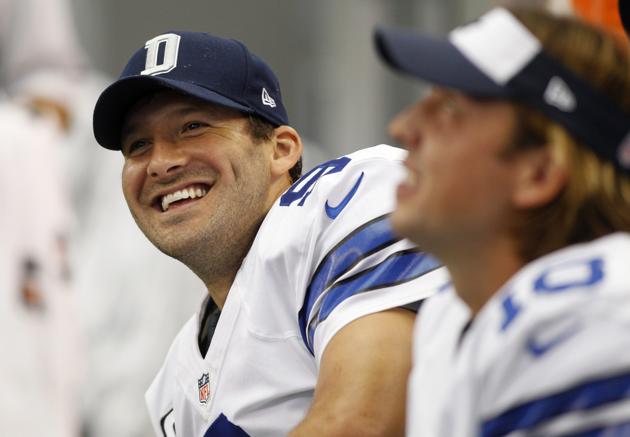 Romo is still the apple of Jerry Jones’ eye, so he’s going to be around for the long haul. Haters, take your blood-pressure medicine, because the days of Romo frustrating you are still on his agenda.