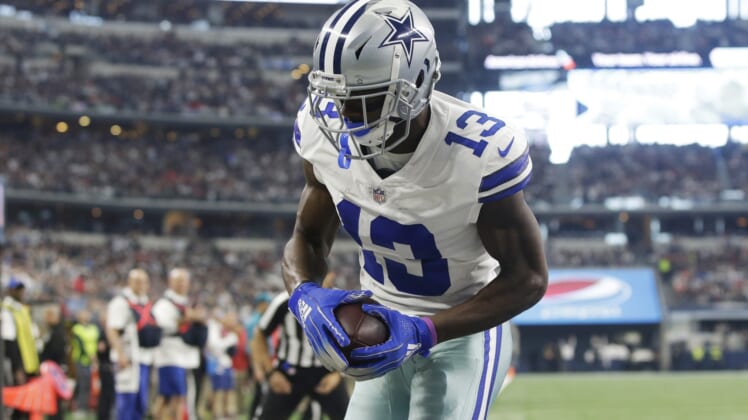 Summertime is here, and football season is, too. It’s the best time of year for those of us who eat, sleep and breathe this game. It’s also the time of year when young NFL players start to set themselves apart as particularly special for their respective teams.

With that in mind, we’re taking a look at 10 younger players who are in great shape to take a big leap forward in development during the 2019 campaign.

A surprise starter last season due to the Reuben Foster situation and injuries to San Francisco’s linebacker group, Fred Warner shined as a rookie in 2018. A sideline-to-sideline coverage specialist, he fits perfectly in today’s pass-happy NFL. Picked up in the third round out of BYU, he racked up 124 tackles (including 85 solo) and was among the league’s best at defending the pass. San Francisco’s front four is much more dynamic this year, and Warner will be playing alongside Pro Bowler Kwon Alexander. The sky is the limit for this young linebacker.

It’s fair to question whether Lamar Jackson can become more than a dynamic dual-threat passer. In order for him and the Baltimore Ravens to feature a championship-caliber offense, however, that’s exactly what he needs to do. We’ve seen how NFL defenses clamp down on running quarterbacks who aren’t great in the pocket. And during Jackson’s rookie season, he did struggle with that aspect of his game quite a bit. Yet this young man was extremely dangerous from the pocket at Louisville, and he has a wealth of talent around him. Don’t sleep on Jackson, whom we see as a potential top-15 quarterback this coming season.

A year ago, many were down on Pittsburgh for having yielded a first-round pick to acquire Terrell Edmunds. The Virginia Tech product struggled early, which only fueled the notion that the Steelers reached for Edmunds. Then, the young safety flipped a switch and played much better during the second half of the season on a defense that was among the best in the league. We expect that trend to continue as Edmunds gets even more comfortable with his role in Pittsburgh’s defensive scheme.

Dallas found a gem in Michael Gallup, whom they selected out of Colorado State in the third round of the 2018 NFL Draft. As a rookie, he appeared in all 16 games and earned eight starts. He also developed some exciting chemistry with quarterback Dak Prescott and got better as the season progressed. Penciled in as a starter opposite Amari Cooper, Gallup should easily double up his rookie stats (33 catches for 507 yards and two touchdowns) in his second season.

A second-round pick out of Florida in 2017, Quincy Wilson earned five starts in each of his first two seasons with the Colts. Last season, he emerged as a reliable defender and was especially staunch in coverage during the final 10 games of the season. Pro Football Focus recently noted that Wilson allowed “just a 65.2 passer rating and 0.73 yards per coverage snap” during that stretch, ranking seventh in the NFL. Now expected to become a full-time starter on the outside, Wilson should continue to improve for a Colts defense that is on the rise.

The buzz coming out of Green Bay these days is that rookie head coach Matt LaFleur is going to be just what the doctor ordered for running back Aaron Jones. A player who showed immense talent during the Mike McCarthy era, he never got the kind of run many fans wanted to see. Now, he’ll have the chance to not only run the ball plenty but also figures to play a prominent role in the team’s screen game. Rookie Dexter Williams should also push for playing time, but right now it’s Jones’ time to shine.

As a rookie last year, Arden Key didn’t have the kind of impact he or the Raiders had hoped to see. He tallied just one sack despite starting in 10 games, but that number could have been much, much higher. Key recently divulged that his defensive line coach put together a video showing he had 13 “almost” sacks last year. During his tenure at LSU, Key was very good when healthy. Now he’s motivated to turn those “almosts” into the real thing. Playing opposite rookie Clelin Ferrell, he should have plenty of chances to do just that.

The Saints found pure gold selecting Tre’Quan Smith in the third round out of UCF last year. The then-rookie, he quickly emerged as a player Drew Brees trusted and finished the season with 427 yards and five touchdowns. He also had the highest-graded single game of any receiver last year, according to Pro Football Focus. With Michael Thomas demanding so much attention from opposing defenses, this second-year receiver should blossom into a star in his own right as he integrates into New Orleans’ offense even more this coming season.

Talk about a baptism by fire last year. As a fifth-round rookie out of Oklahoma State, Tre Flowers converted from safety to cornerback and ended up starting 15 games at that position for Seattle. He actually did a darn good job and rarely got embarrassed. Even better, Flowers was one of the league’s best at defending short passes. On a defense that is known for creating havoc up front, that’s a tremendous trait. As Flowers continues to learn the nuances and technique of playing on the corner, he will become another late-round star in Seattle’s secondary.

The New York Jets had a gift fall right into their laps last April when the New York Giants passed on Sam Darnold for running back Saquon Barkley. As a rookie, the No. 3 overall pick last year had plenty of ups and downs. Yet the potential for greatness was clearly evident. Now he has more help up front on the offensive line, and running back Le’Veon Bell is going to be a huge security blanket for the second-year quarterback. If Darnold and head coach Adam Gase mesh well, the Jets could have one of the most improved offenses in the league this coming season.