The playoffs are a long way off, but eight NBA teams have already solidified themselves as dangerous squads through one quarter of the regular season.

Although the No. 1 club is far from a surprise, a couple franchises regularly featured in negative-themed lists have shot up the standings and turned a few heads in the process.

When star defender Michael Kidd-Gilchrist went down with a shoulder injury, Charlotte seemed destined for another mediocre season.

“Can Buzz City still be a playoff team without the heart and soul of its defense?” Ben Leibowitz of Sports Illustrated asked before the season tipped off. Most NBA analysts at least internally considered the question.

Sure enough, the Hornets have atoned for MKG’s absence thanks to a resurgent campaign from offseason acquisition Nicolas Batum, an improved Kemba Walker and a deeper bench thanks to Jeremy Lamb.

The Hornets will have a chance to record a couple impressive wins in early January when they challenge the Los Angeles Clippers, Toronto Raptors, Oklahoma City Thunder, Golden State Warriors and Clippers again. 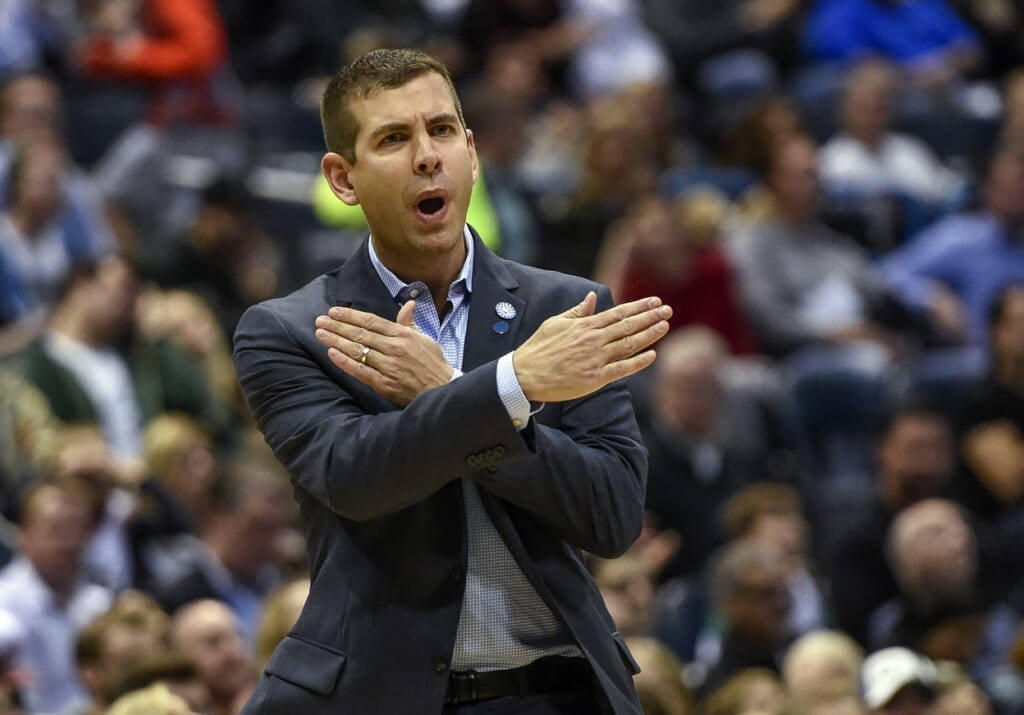 So it’s this kind of list, huh? Before you get too upset, take a look at Boston’s schedule and check out its losses. Two to each of the San Antonio Spurs and Indiana Pacers as well as one to the Warriors, Raptors and Atlanta Hawks.

Enough of about shortcomings, though. The Celtics have beaten Charlotte, the Chicago Bulls, Miami Heat, Dallas Mavericks, Thunder and Hawks. That’s an impressive collection of wins.

A more favorable upcoming schedule should help Boston rise the Eastern Conference standings, and this nod won’t look as crazy.

Following an unanticipated slump early in the season, the Clippers have rebounded and strung together a respectable three-week stretch because of improved defense.

Plus, Los Angeles’ offense certainly hasn’t shown its best brand of effective play, yet the team is finishing close games. Four of the last five victories have included margins of victory at five points or fewer.

Moral of the story? When the Clippers settle on an effective rotation, they’ll form an increasingly dangerous squad. Los Angeles rolled to an 8-2 record over its last 10 games.

Chris Paul, Blake Griffin and the remainder of the Clippers roster were simply too talented to get stuck in that slump, so the inevitable progression is a noteworthy sight for the NBA. 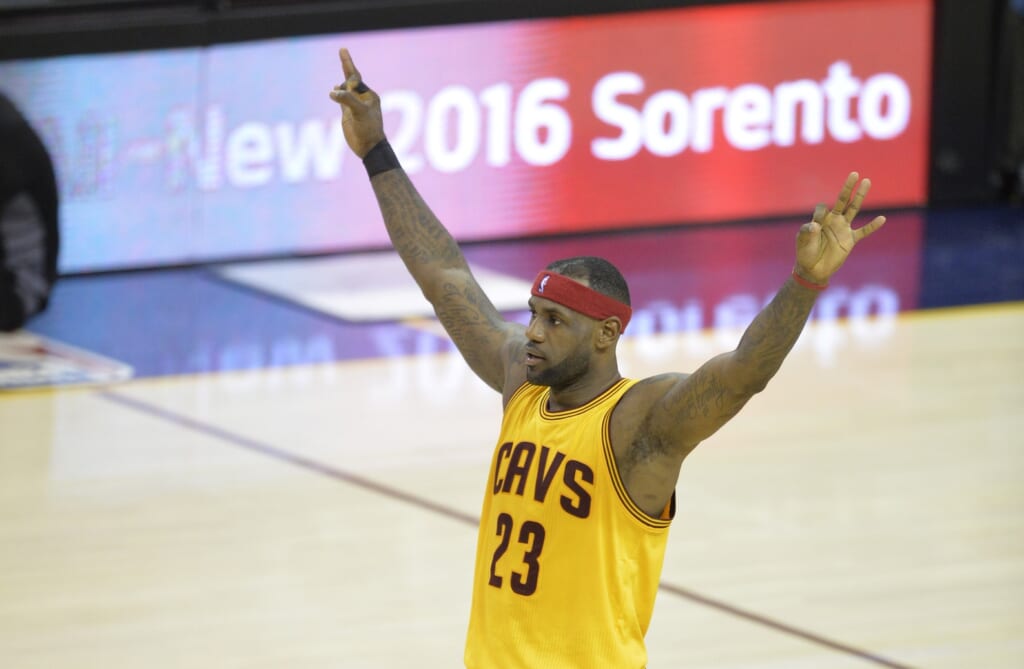 Although the Cavaliers are nowhere near their full potential, they lead the Eastern Conference. Granted, that’s why LeBron James and Co. aren’t higher on the list.

Cleveland boasts a 10-1 record at Quicken Loans Arena, and establishing a clear home-court advantage is particularly valuable for playoff runs. Remember, the Cavaliers started the 2015 postseason with a 7-1 mark at home.

A slow offensive pace isn’t the norm for this era of basketball, but Cleveland executes at a high level. The club’s 105.0 offensive rating is fourth-best in the league, per NBA.com.

While that number should drop when Kyrie Irving returns from injury, the short-term struggles should result in long-term successes. The Cavs have achieved a 15-7 record and elite efficiency without their second-best playmaker. Cleveland will only become more dangerous.

Kevin Durant and Russell Westbrook share the court for the same team. That should be sufficient evidence.

Anyway, like Los Angeles, the Thunder have hit their stride after a shaky opening to the regular season, posting wins in nine of the last 11 outings. The lone losses were on the road to the Hawks and Heat, two teams expected to finish near the top of the Eastern Conference standings.

First-year coach Billy Donovan is still tinkering with the offense, using experimental lineups and relying more on role players. Yes, Oklahoma City will only go as far as the superstar combination can take the team, which has a 13-5 record when Durant and Westbrook are both healthy.

Without creativity, though, OKC’s ceiling is lower than the championship expectation. Donovan cannot have a perfect grasp of the roster this early, so the third-best team in the NBA with two of the best players will improve. Yeah, that’s a little scary — in a good way. 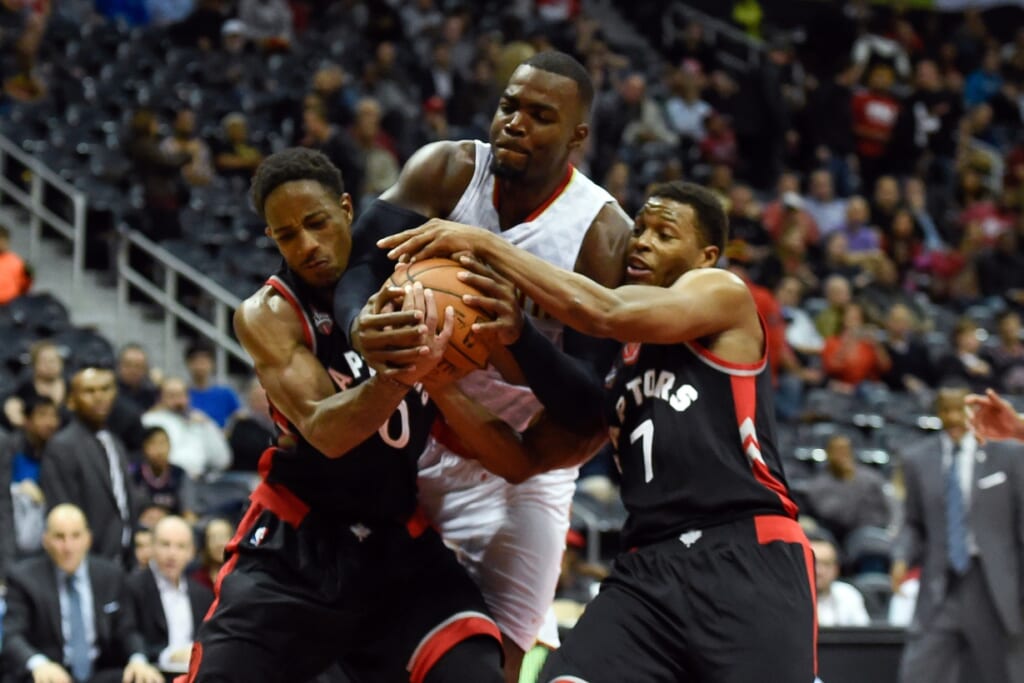 Toronto’s 2014-15 campaign featured an excellent start because of a terrific offense. The season ultimately ended because of scoring troubles.

So, the organization addressed the inconsistency in the best way possible: Signing defensive-minded players. And the money the Raptors invested absolutely is paying dividends.

One year after ending with the No. 23 defensive rating — an ugly 104.8 — Toronto has ascended to a top-10 standing at 99.8. Cory Joseph’s ability to guard the perimeter and Bismack Biyombo’s interior presence have keyed the turnaround.

The Raptors sacrificed a portion of their offensive prowess in favor of a more balanced build, but it made them better prepared to compete with the Warriors — two losses by five or less — and Spurs — a three-point win.

Toronto must overcome its inconsistency, but a volatile team capable of winning ugly because of defense is always a significant threat.

If that’s not convincing enough, consider that 12 years ago the fastest offensive pace was 96.1. Only five teams are slower than that this year. Factor in the increased volume of three-point shots, and the Spurs are on track to become a historically great defensive team in an offense-driven era.

Reigning Defensive Player of the Year Kawhi Leonard is suddenly an elite offensive talent, and free-agent signing LaMarcus Aldridge has seamlessly adapted to San Antonio’s system. No team is perfectly built to counter Golden State, but the Spurs sure come close. 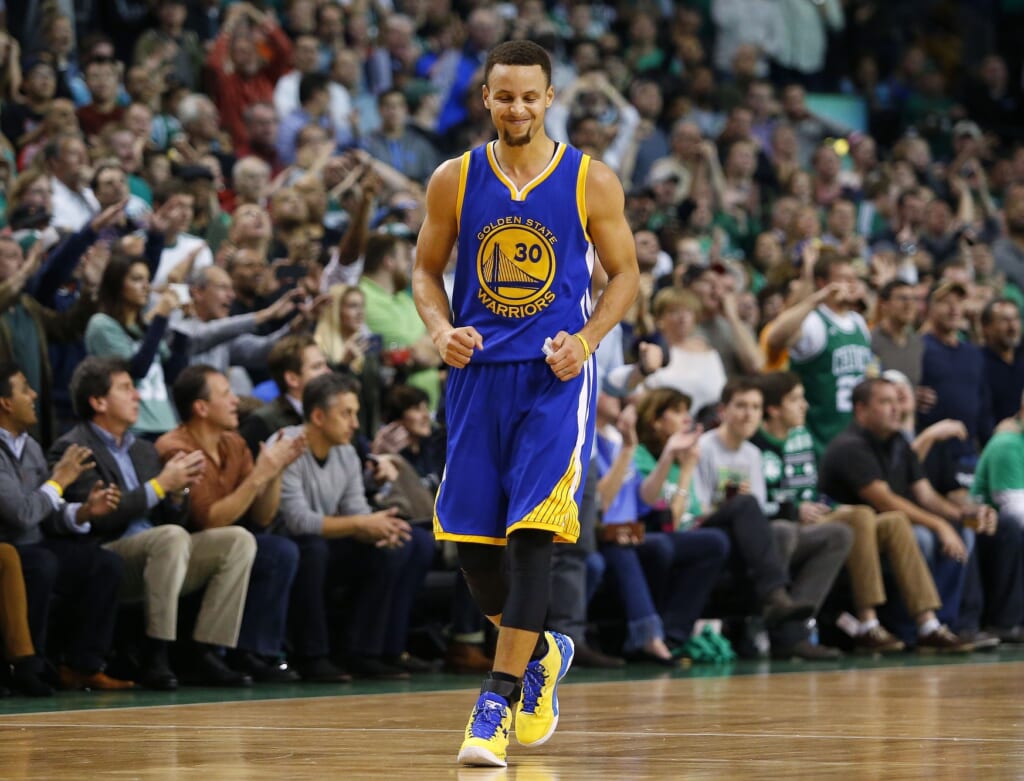 Any other team at No. 1 would be foolish.

Under the observation of interim head coach Luke Walton, Golden State has a 112.9 offensive rating with a stellar 67.7 assist rate and 59.3 true shooting percentage at a scorching 101.9 pace.

The Warriors are the NBA’s ultimate danger.