10 MLB players who will crush it in contract years

It took longer than expected, and a select few big names do remain unsigned, but the main free agents of the 2017-18 class are largely signed. What caused the slow signing class is a matter of some debate between MLB and the MLBPA (which you can read about here). But one potential cause of the slow activity was the loaded free agent class of 2018-19.

It’s certainly possible that teams didn’t want to burn through too much of their budgets knowing what was coming down the pike after the 2018 season. This is a class so strong that we’re not even talking about Andrew McCutchen, a former NL MVP coming off of a very solid season.

It’s a class that includes other past MVPs and Cy Young Award winners, and Clayton Kershaw, a man who’s won both. Even better is that these players are in their primes. In some cases, like Bryce Harper and Manny Macahdo, they’re just entering their primes.

Miller is a free agent in the absolute right era. In bygone eras, relievers, especially non-closers, would be fairly moderately priced. But the way that baseball is headed, relief pitchers are becoming more important. This is especially true with relievers as good as Miller.

One potential drawback for Miller is that he’ll turn 33 early in the 2018 season. That said, relievers tend to age fairly well. Worse relievers than Miller have pitched effectively into their 40s.

The contract may be relatively short term. But there’s really nothing to indicate that Miller won’t be one of baseball’s best relief pitchers for another five seasons. That should all work out to a very lucrative deal. 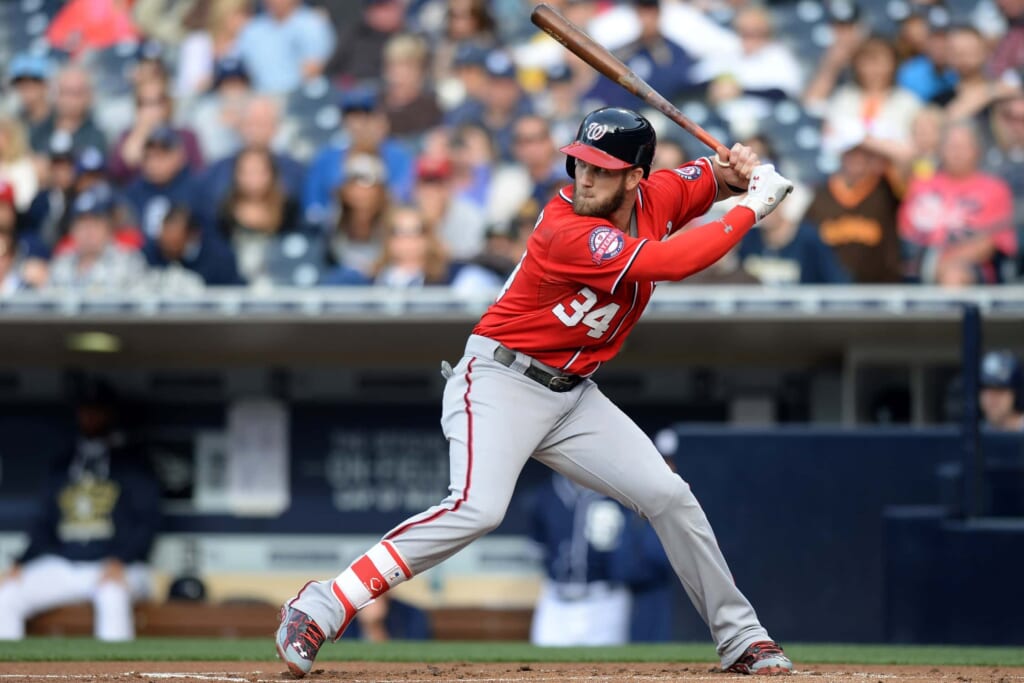 So, what kind of pay day could Harper be looking at?

Well, barring a complete disaster, he’ll sign a $400 million contract. To date, no MLB player has done that. But someone is going to do it. With Harper’s age and accomplishments, he’s an obvious choice. But if Harper has a good year in 2018, we wouldn’t be surprised to see him cash in with a contract at around $500 million. It will be a significant bidding war that figures to feature, at least, the Los Angeles Dodgers, Los Angeles Angels, Chicago Cubs, San Francisco Giants, and of course, the Nationals.

We wouldn’t even be totally surprised to see the New York Yankees try to sign Harper to play him in center between Giancarlo Stanton and Aaron Judge. With a talent this immense, teams will get creative.

And really, there’s no reason to think that Harper won’t have a big season. He’s coming off of a .319/.413/.595 campaign in which he hit 29 home runs in only 111 games. Power hitters also tend to hit their strides in their mid-late 20s, which is what Harper is entering right now.

So, expect a big year and a massive payoff when it’s over.

We understand that teams are always a bit hesitant when it comes to giving Colorado hitters big deals. When we consider how unlike Coors Field is than any other park, it makes sense. But given LeMahieu’s accomplishments, there will be a bidding war for this guy.

LeMahieu is a two-time All-Star, two-time Gold Glove Award winner, and has won a batting title. He’s also trending in the right direction, having topped .300 in each of the last three seasons.

With Nolan Arenado set to be a free agent after the 2019 season and a number of the team’s top prospects being middle infielders (namely Brendan Rodgers), chances are pretty good that 2018 will be LeMahieu’s last with the Rockies. But based on what he’s done in recent seasons, there’s every reason to believe that some team will give LeMahieu a massive payoff.

Ever since breaking into the league in 2010, Kimbrel has been one of baseball’s best relief pitchers. The 2017 season was absolutely no exception. In fact, it was one of his best years. Kimbrel posted a 1.43 ERA, a 0.68 WHIP, averaged 16.4 strikeouts per nine innings pitched, and made his sixth All-Star team.

Much like Miller, Kimbrel is pitching in the right era. In each of the last three seasons, we’ve seen teams win in the playoffs by shrinking games. If you want to shrink a game, it’s hard to do better than having a guy like Kimbrel close it out.

Kimbrel’s free agency will be an interesting one to watch. For reasons far more important than baseball, we could see him look to stay in Boston. But given how good he is, the way baseball is heading, and the fact that Kimbrel is only in his early-30’s, he’s primed for a big payoff after the 2018 season. 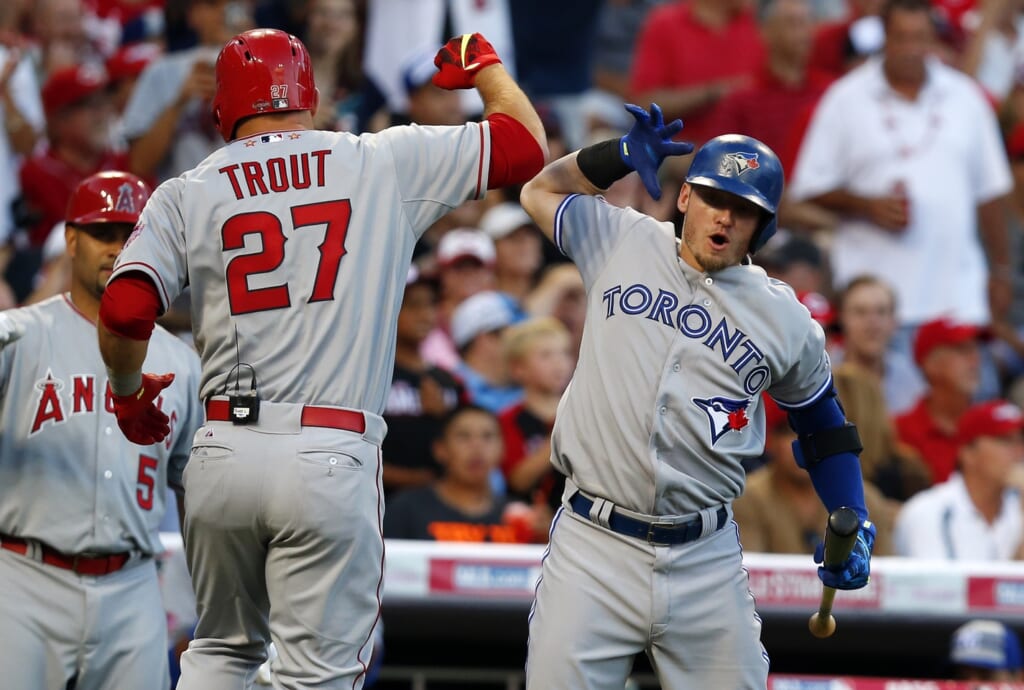 Unlike Harper, there is more concern about shelf life with Donaldson. He’ll be 33 on Opening Day in 2019 and has dealt with some injuries. That’s definitely notable. But there’s also little to no reason to think that he won’t put up another big year in 2018.

Donaldson’s age will likely keep his contract from being too outlandish, at least in terms of total years. But something like the five-year, $110 million deal recently signed by J.D. Martinez is certainly attainable.

Gonzalez was a nice player for the Astros prior to the 2017 season. But in 2017, he went to the next level. Gonzalez slashed at .303/.377/.530 and hit 23 home runs for the World Series champions. Entering his contract year, he’s primed for another big season.

With most teams like Houston, we’d be less confident. With guys like George Springer, Carlos Correa, and Jose Altuve, the heart of the Astros’ lineup is pretty well set. It’s hard to put up big numbers from down in the order. But there’s really no weak spot in this lineup. No matter where Gonzalez hits, he’s going to be hitting around good to very good hitters. That’s going to keep his numbers up.

After 2018, we’re not as sure. Altuve will be a free agent after 2019. Springer will be entering his arbitration years following 2018 with Correa one year behind him. If Houston is going to keep those guys, it will need to cut costs elsewhere. That probably means Gonzalez will leave via free agency and it’s unlikely he’ll go to a team with as potent of a lineup.

But Gonzalez is primed to have a second straight big statistical year in 2018. So even if his on field situation isn’t quite as ideal, he’ll be in line for a huge deal.

Some of these guys are primed for career years. But by and large, the people we’re talking about aren’t the kind of players that need a big year to cash in. Harvey does.

Harvey has been largely ineffective over the last two seasons. In 2018, he needs to prove that he’s still the Dark Knight. But we’re bullish on the New York right hander. We can’t forget that he’s dealt with some rather significant injuries over the last two seasons. Of course, a recurrence is a risk. But we’re also optimistic that new manager Mickey Callaway — a former MLB pitcher and pitching coach — can find a way to use him better.

Look at how much Callaway did for the career of Corey Kluber as Cleveland’s pitching coach. He was a decent pitcher who turned into one of the game’s best arms.

Harvey is starting from a much better place. In his last healthy season (2015), he posted a 2.71 ERA, 1.02 WHIP, and struck out nearly a hitter an inning. He’ll be 29 on Opening Day. It’s not likely that his talent has just vanished. Harvey is certainly someone who can put one good year together to cash in on a big payday. 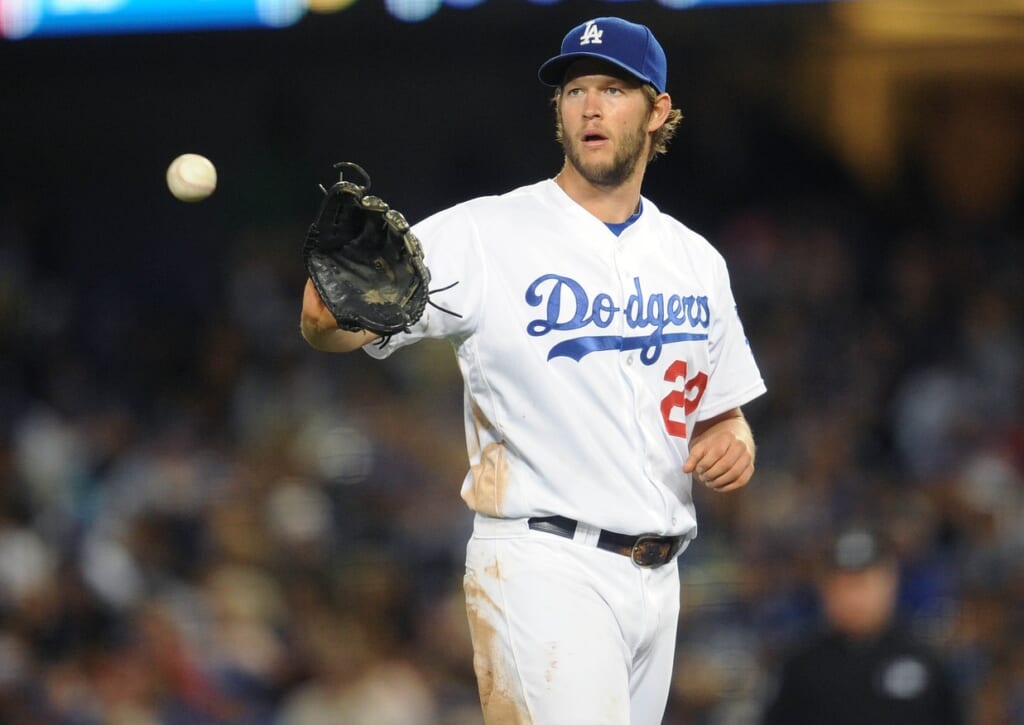 Kershaw enters 2018 as a three-time Cy Young Award winner and one-time National League MVP. He has a career 2.36 ERA, 1.00 WHIP, and 9.9 K/9 rate. That’s the resume of someone who — entering his age 30 season — is already one of the best pitcher’s in baseball history.

It’s also the resume of someone who’s going to get paid. Given Kershaw’s age and recent injury history, there might be some concerns about a long-term deal. That’s understandable. But this is someone who’s shown absolutely no signs of slowing down. His 2017 ERA, WHIP, and K/9 rate were all better than his stellar career marks.

Now, the one qualifier here is that Kershaw will have to opt out to become a free agent. At a glance, that may seem unlikely. After all, he’ll make $35.5 million in both 2019 and 2020 if he doesn’t. But consider that Yu Darvish, a pitcher nearly two years older and not as accomplished as Kershaw, just signed a six-year deal.

Even if the AAV is not a high a his current deal, it only stands to reason that Kershaw will be looking for something more long term. There is every reason to believe that he’ll get it.

Now, ordinarily we wouldn’t attribute a “nice consolation prize” with a big-time cash in. But with Doolittle, we’re making an exception. The reason is simple.

There’s no doubt that Miller will pull in more money than Doolittle. But to an extent, Miller’s price tag is going to scare teams off. Naturally, that will limit the bidding war. But at this point, we can’t name one team that we’d say should not be in on Doolittle. If the team has a shaky bullpen, he can provide stability. If it has a great bullpen, it’s essentially impossible to have too many good relievers.

So, he’ll have a substantial number of teams bidding for him. That will drive Doolittle’s price up. He won’t get to Miller’s value, but Doolittle’s bank account will get a lot bigger after the 2018 season.

Machado is little more than three months older than Harper. As such, he’s really only entering his prime. That’s a nice thing to say about someone who’s averaged 35 home runs a year over the last three seasons.

What works in Machado’s favor is his position. After playing third for much of his career, he’s moving to become a full-time shortstop. Teams will overlook the questionable slash stats for a strong defensive shortstop with that kind of power.

Whether Machado can get to $400 million remains to be seen. But there’s almost no way that the 2018-19 offseason will play out without Machado getting paid in a big way.