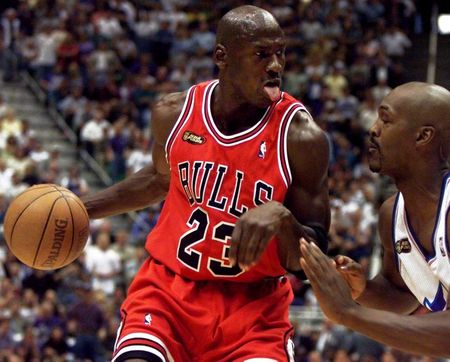 The NBA has definitely etched its way into our Christmas Day calendar over the years. With some of the game’s best teams and players every year, we’ve naturally had some memorable contests.

With five games set for Christmas this year, including a NBA Finals rematch in one, and the NBA’s all-time Christmas Day scorer playing his final December 25th game in another.

We look back at 10 of the best, most memorable games that St. Nick has brought us.

In 2015, a Christmas game involving the 76ers would be the NBA’s equivalent of coal in your stocking, but that wasn’t the case in 1979.

The Washington Bullets had represented the Eastern Conference in three of the last five NBA finals. The Philadelphia 76ers would go on to represent the east in three of the next four. With stars on both sides of the court, the two teams put on a classic.

Fittingly, in the first season where the NBA had a three-point line, the game came down to a three-point attempt from Kevin Grevey, which missed and gifted the victory to the visiting Sixers.

Unfortunately for King, the Knicks, and their fans, this game was the equivalent of getting a great present with no batteries included. Despite King’s 60, the Nets won the game.

Micheal Ray Richardson led the Nets with 36, certainly a fine game, but modest compared to 60. Even with that, Mike Gminkski’s 27 and Kelvin Ransey’s 24 gave the Nets top three scorers 87 points. Meanwhile, King’s 60, along with the 13 contributed by Pat Cummings and Rory Sparrow, gave New York’s top three a total of 86. The rest of the Nets were better, as well, as no other Knick finished in double digits.

The Boston Celtics didn’t lose many games in the 1985-86 season, which ultimately resulted in a championship, but they did not have an especially Merry Christmas. Conversely, the New York Knicks had a miserable season, but Santa was definitely working his magic for the home team and Madison Square Garden faithful.

The game looked like a Boston blowout for a while, with the Celtics holding a 46-32 lead at halftime and eventually, a lead as great as 25 points. But it was not meant to be.

Robert Parish was the best Boston player, going 8-for-15 with 24 points to go along with 18 rebounds. Larry Bird and Kevin McHale also recorded double-doubles, with Bird recording 23 points and 10 boards and McHale adding 29 points and 14 rebounds. Bird and McHale lacked their usual efficiency, though, with Bird going 8-of-27 and McHale 7-of-21.

Playing in his first Christmas Day game, Patrick Ewing led all scorers with 32 points, adding 11 rebounds. Rory Sparrow and Louis Orr were the only other Knicks’ starters in double-digits, scoring 22 and 10, respectively.

This game was won where so many double-overtime games are won, with the reserves. Led by 14 from Gerald Wilkins, the New York’s bench outscored Boston’s 36-16.

When these two teams met in the 1993 Eastern Conference Finals, the New York Knicks jumped out to a 2-0 lead before the Chicago Bulls stormed back to win the next four. In hindsight, we could have seen that coming, as we saw something very similar on Christmas Day.

The Knicks jumped Chicago, leading 49-39 at the half, but could not hang on. The Bulls outscored New York 25-13 in the third and 25-15 in the fourth to win going away. Yes, they held the Knicks to 28 points in the second half.

Predictably, the Bulls were led by Michael Jordan and Scottie Pippen. Air Jordan went for 42, adding eight boards and five assists, while Pippen had 16 to go along with nine rebounds and five helpers of his own. John Starks and Rolando Blackman each had 17 for the Knicks, while Patrick Ewing recorded 14 points and 15 rebounds.

If you know anyone who doubts how great Scottie Pippen was, this would be a good game to show them. With Michael Jordan still retired, Pippen did everything for the Chicago Bulls, leading them to an overtime victory over the New York Knicks, who had eliminated them from the playoffs the previous year in a serious that, well, lacked the holiday spirit.

A case could be made that this was the best Christmas Day game ever played.

With 3.3 seconds remaining in regulation, Toni Kukoc made a free throw to put Chicago up by three. The Knicks couldn’t do anything but try a full-court pass, which seemed to fail when it fell into the hands of Steve Kerr, who swatted the basketball like a volleyball, hoping time would expire. Instead fell into the hands of Hubert Davis, who buried a three to send the game into overtime.

Unfortunately for the Knicks, that’s where their luck would run out, as another three from Davis was blocked by Pippen to seal the game for the Bulls.

Pippen was brilliant, scoring 36 points, grabbing 16 rebounds, five steals, three assists and two blocks, including the one to seal the game. Kukoc came off the bench to score 25 points with six assists. Patrick Ewing led the Knicks with 30 points and 13 rebounds.

You could certainly find better teams that played on Christmas, but you’d be hard pressed to find a better one-on-one showdown than we got in 2003. Playing for the Orlando Magic, Tracy McGrady topped 40 points on Christmas Day in 2000, 2002, and in this game in 2003. This one came against the Cleveland Cavaliers and a rookie who’d go on to have several memorable Christmas Day games of his own, LeBron James.

The two teams combined for only 56 wins during the 2003-04 season, but that’s perhaps why this game was such a treat. Since neither team was exactly championship caliber, LeBron and T-Mac were able to dominate much of the action. McGrady led the game with 41, adding 11 assists and 8 rebounds (do not forget how great this guy was). LeBron had 34 points and six assists.

Shaquille O’Neal and Kobe Bryant may not have been best friends, but they saw a lot of each other on Christmas, with the Miami Heat and Los Angeles Lakers meeting up for three straight years (note: Shaq was injured for the third of those games).

Shaq and the Heat won all three games, but the first was the best. The tension was palpable, It was O’Neal’s first trip back to Staples Center since leaving the Lakers, and the first meeting between Shaq and Kobe since their split after the previous season’s finals.

Fittingly, the game ended with the ball in Bryant’s hands. Kobe missed a three-pointer at the final buzzer that would have won the game for the Lakers.

Much like we’re about to see this Christmas, 2008 featured an NBA finals rematch between two teams with sterling records. The Boston Celtics entered Staples Center with a 27-2 mark, while the Los Angeles Lakers were 23-5. The Celtics also entered the game on a 19-game winning streak. Not bad. Not bad, at all.

It actually looked as though Boston’s winning streak could hit 20, as a Kevin Garnett bucket put Boston up 81-79 with less than four minutes left. From that point on, it was all Lakers, as Gasol scored seven of his 20 points and Bryant scored four of his game high 27 to take the lead and eventually, put it away for the home team.

The Lakers were aided by 10 points each from reserves Lamar Odom and Sasha Vujacic. The Celtics got 22 from Garnett, 20 from Paul Pierce, and 14 from Ray Allen,

The win was also the 1,000th for Lakers Coach Phil Jackson.

With LeBron James, Dwyane Wade, and Chris Bosh on one side and Kobe Bryant on the other, this game didn’t lack for star appeal. As the score suggests, the game wasn’t exactly a thriller, but it was one of the more unique contests in NBA, and really in sports history.

This game was different. Despite winning the championship in 2009 and 2010, the Lakers were America’s Sweethearts in this clash with the Miami Heat.

Athletes have seldom been as despised as LeBron was during the 2010-11 season. In front of a National TV audience, he was supposed to get his comeuppance from Kobe, Pau Gasol, and the Los Angeles Lakers. It just didn’t happen that way.

The Heat blew the Lakers out. James had 27 points to lead both teams. Bosh added 24 points and 11 rebounds and Wade posted a solid line of 18 points, six assists, and five boards. Bryant and Gasol led the Lakers with 17 each. No player was better than LeBron, who added 11 rebounds and 10 assists, going for a triple-double.

These two teams are fairly new to the elite class of the NBA, so the Los Angeles Clippers vs. Golden State Warriors rivalry doesn’t really go back through the decades. But the intensity over the last few years has given us more than enough drama to suffice. When they met on Christmas Day in 2013, it was no different.

Blake Griffin and Draymond Green were each ejected, while Andrew Bogut received a technical and a flagrant in separate incidents, which illustrates just how intense the action was.

The game itself was also fantastic, with the Warriors’ defense standing strong at the end. Jamal Crawford missed a three-pointer at the buzzer that would have given the Clippers a win.

After that shot missed, Chris Paul and Bogut had themselves a little tussle, which of course brought both teams together for one final shoving match. The two teams would play again the following year, with the Clippers winning a comparatively mild game.

This rivalry hasn’t lacked for heated exchanges, but Christmas of 2013 takes a backseat to none of them.