As we see every year, there were some expensive free agents who landed big-money contracts this past spring but are proving huge disappointments this season.

Not surprisingly, almost every player on this list is on a team with a losing record.

These are the biggest free agent busts of the 2015 NFL season.

Murray hasn’t been completely worthless for the Eagles this year, but he certainly hasn’t lived up to his overpriced contract.

Philadelphia paid him $21 million guaranteed on a five-year deal worth $8 million per year on average. For that kind of dinero, you’d expect another league-leading performance out of the former Dallas Cowboys superstar, but it could be argued he’s not even the best running back on his own team this year.

Murray’s Thanksgiving day performance — 30 yards on 14 carries — typified his season, as he just never could get going on the ground.

After he rushed for 1,845 yards and 13 touchdowns last year behind Dallas’ outstanding offensive line, he’s on pace to finish the 2015 campaign with just 818 yards and six scores.

It’s true that Suh has rebounded nicely after coming out as flat as a year-old can of diet soda to start the year, but nobody can convince me he will ever come close to being worth more than most quarterbacks in the league. The Miami Dolphins made a huge mistake giving Suh a contract that pays him over $19 million per year on average, $25.5 million to sign and $60 million in guaranteed cash.

As we predicted, in no way has adding Suh tipped the balance of the scales in favor of Miami in the AFC East. Quite honestly, his presence on the team’s defensive line hasn’t made any difference at all in this regard. Even if the offense wasn’t chronically incapable of living up to expectations, Miami’s defense isn’t dominating anyone up front these days.

Suh has picked up his game significantly this past month after being criticized nationally for his atrocious start and attitude problems. Heading into Week 12 he has 39 tackles and four sacks, which would give him six this year at his current pace. These are solid numbers for a defensive tackle, but you’d expect numbers to rival J.J. Watt for the kind of money the Dolphins committed to Suh. 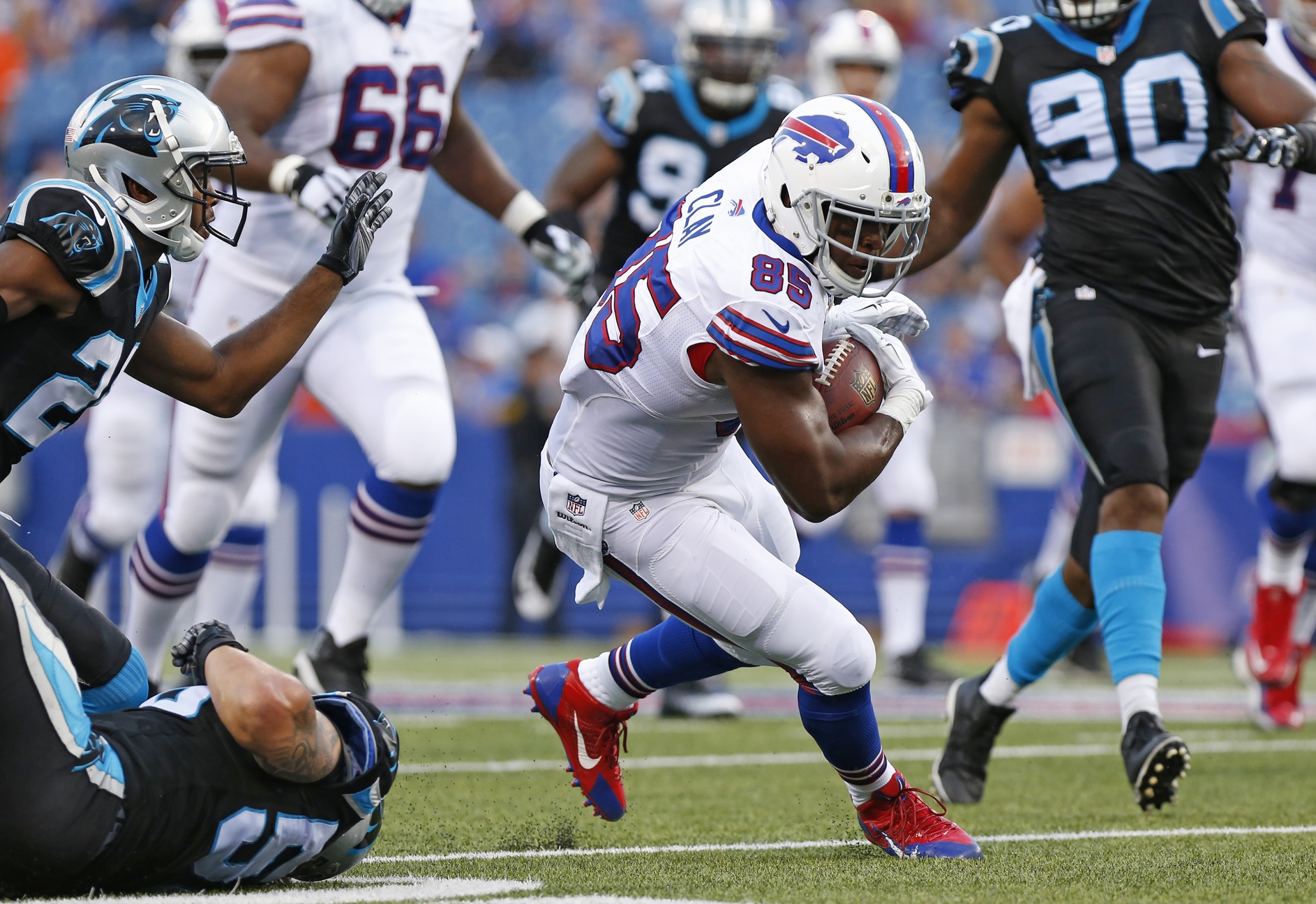 Clay showed some promise as a playmaker during his time with the Miami Dolphins, but many were a bit shocked by how much the Bills paid him to come up north to play in the snow.

Buffalo gave him a five-year deal worth $38 million with $24.5 million in guaranteed money. That’s a ton of money for a guy whose best year saw him total 759 yards and six touchdowns, and it sure felt like the Bills made a huge leap to assume he’d suddenly be a top player at his position.

Turns out, they did.

Perhaps Greg Roman thought Clay would be the second coming of Vernon Davis circa 2013 (and maybe he could be if not for rather inconsistent quarterback play out of EJ Manuel and Tyrod Taylor), but through 10 games the tight end hasn’t show it. With 41 catches for 442 yards and just two touchdowns, he’s been downright average.

Even more so than Suh, Maxwell was overpaid this past March when the Eagles unbelievably dropped $25 million guaranteed on a guy who was clearly a product of the system in Seattle. A backup player for the Seahawks, Maxwell made the most of his opportunities playing in the Legion of Boom when others became injured — a fact many forget, and one it seems Chip Kelly chose to ignore at his own peril.

A guy who is best when asked to body up bigger receivers on the perimeter, Maxwell routinely gets torched by quick, fleet-footed pass-catchers.

Can't tell me that Byron Maxwell was actually trying to cover on that play.

He has managed one interception this season but has otherwise failed to live up to his contract. The folks at Pro Football Focus haven’t been impressed, ranking him No. 78th out of 110 qualified NFL cornerbacks for his play (subscription required).

In addition to his deficiencies as a cover man, Maxwell is useless as a run defender. We’ll just leave you with this final clip which serves as a perfect representation of his season in Philadelphia.

This really isn’t Smith’s fault, but he hasn’t come close to producing at the level you’d expect after signing a huge deal with San Francisco.

49ers general manager Trent Baalke gave the receiver a five-year deal worth $40 million, with $22 million guaranteed, hoping he’d finally be the deep threat that would open up the team’s offense. Unfortunately Colin Kaepernick took a turn for the worse not many saw coming, and Blaine Gabbert just isn’t a deep-ball genius.

On pace for just 30 catches for 643 yards and three touchdowns, Smith is having his worst season as a pro. How much you want to bet he’s having second thoughts about leaving Baltimore, Joe Flacco’s recent injury notwithstanding?

There haven’t been many players in the NFL — at any position — whose trashy play can compare with the odorous putrescence that emanates from Browner on a weekly basis. Let’s just put it this way, he’s making Byron Maxwell look downright serviceable.

As the “lead dog” of New Orleans’ vapid secondary, Browner is allowing opposing receivers to catch 67.3 percent of passes, has allowed 15.6 yards per catch, has racked up a league-high 16 penalties and has only gotten his hands on five passes (one interception) in 55 attempted passes to his man. For all this, Pro Football Focus has him as the worst corner in the NFL in their rankings. 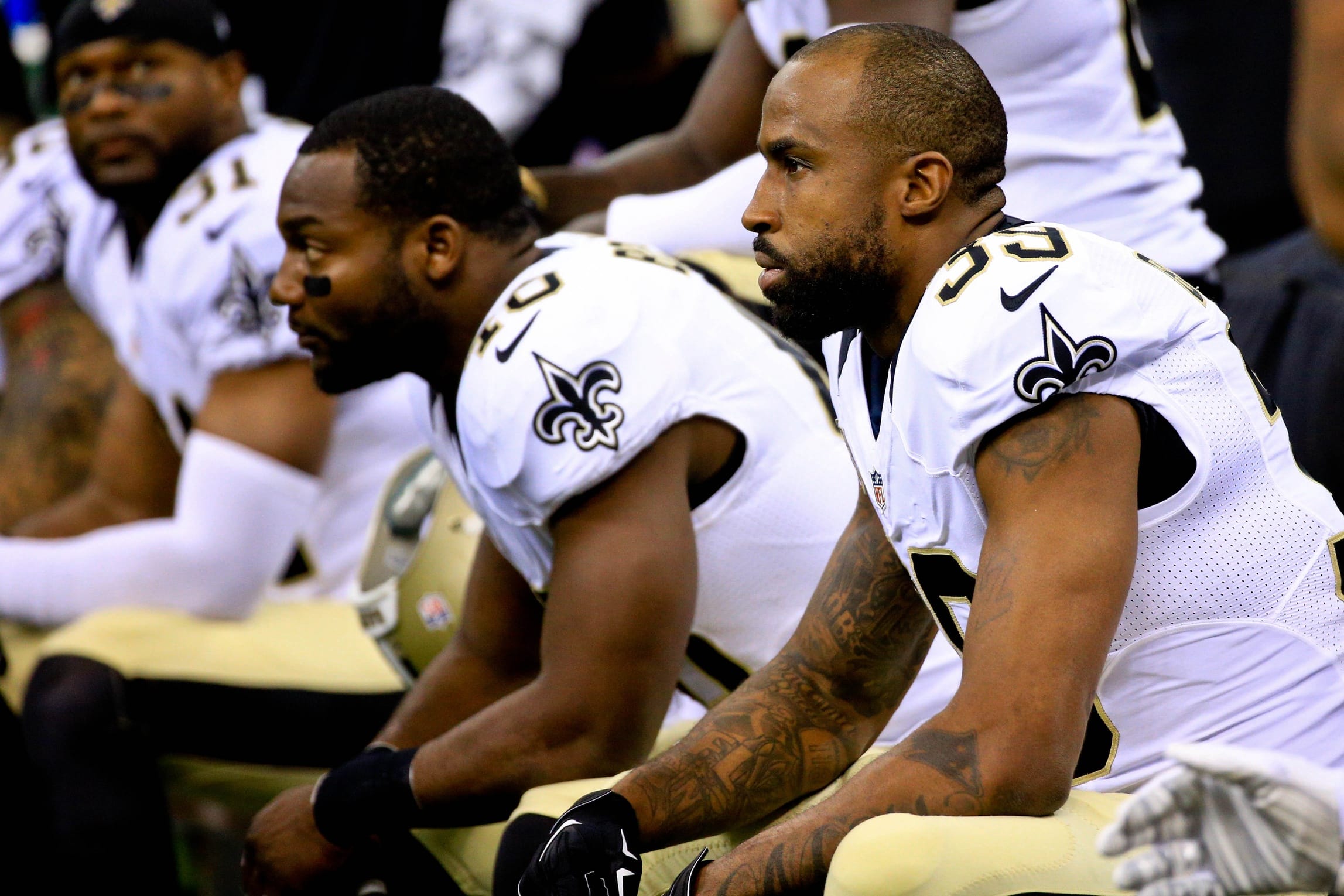 He’s also been a poor leader who hasn’t comported himself with much professionalism.

The only consolation that can be proffered to the Saints is that Browner at least wasn’t one of the highest-paid free agents this past offseason. Still, after the Saints gave him $7.75 million guaranteed, his production (or lack thereof) can only be viewed as a tremendous disappointment.

Thomas’ mediocre first season with Jacksonville highlights what an impact playing with a legendary quarterback makes on a receiver’s productivity. Playing with Peyton Manning the past two years, Thomas racked up 24 touchdowns. This year, he has just two playing with young Jaguars quarterback Blake Bortles.

And it’s important to note Bortles isn’t a scrub. In fact, he’s one of the few youngsters that appears to have a shot at becoming a superstar. However, he still has a long way to go, and he isn’t anywhere near Manning — physical limitations aside — when it comes to diagnosing and manipulating defenses.

The Jaguars thought Thomas would have a similar scoring impact to his production in Denver. He signed a six-year deal worth $46 million with a staggering $24 million guaranteed, and his average of $9.2 million per year is second only to Jimmy Graham.

For all that money, Jacksonville has gotten 20 catches for just 167 yards and two touchdowns out of him in six games after he missed the first four of the season. If you average this out for a 16-game season, Thomas would have 53 catches for 445 yards and five touchdowns — not hardly what you’d expect, based on his salary.

New Washington general manager Scot McCloughan was thrilled to bring Culliver into the fold after watching him play at a high level for a few years in San Francisco. So thrilled, in fact, that he made the cornerback a tremendous offer he couldn’t refuse — a four-year deal worth $32 million, half of which was guaranteed.

Unfortunately, Culliver was injured during practice on Thursday and is now out for the season with an ACL injury, per EPSN’s John Keim. This is obviously frustrating news for him and for Washington, but the truth of the matter is his entire season has been a bitter disappointment.

In between a one-game suspension and another three games missed due to another knee injury, he never got on track. Perhaps next year will be a different story, but the 2015 season was pretty much a wasted one for Culliver, who failed to make a positive impact on Washington’s secondary. 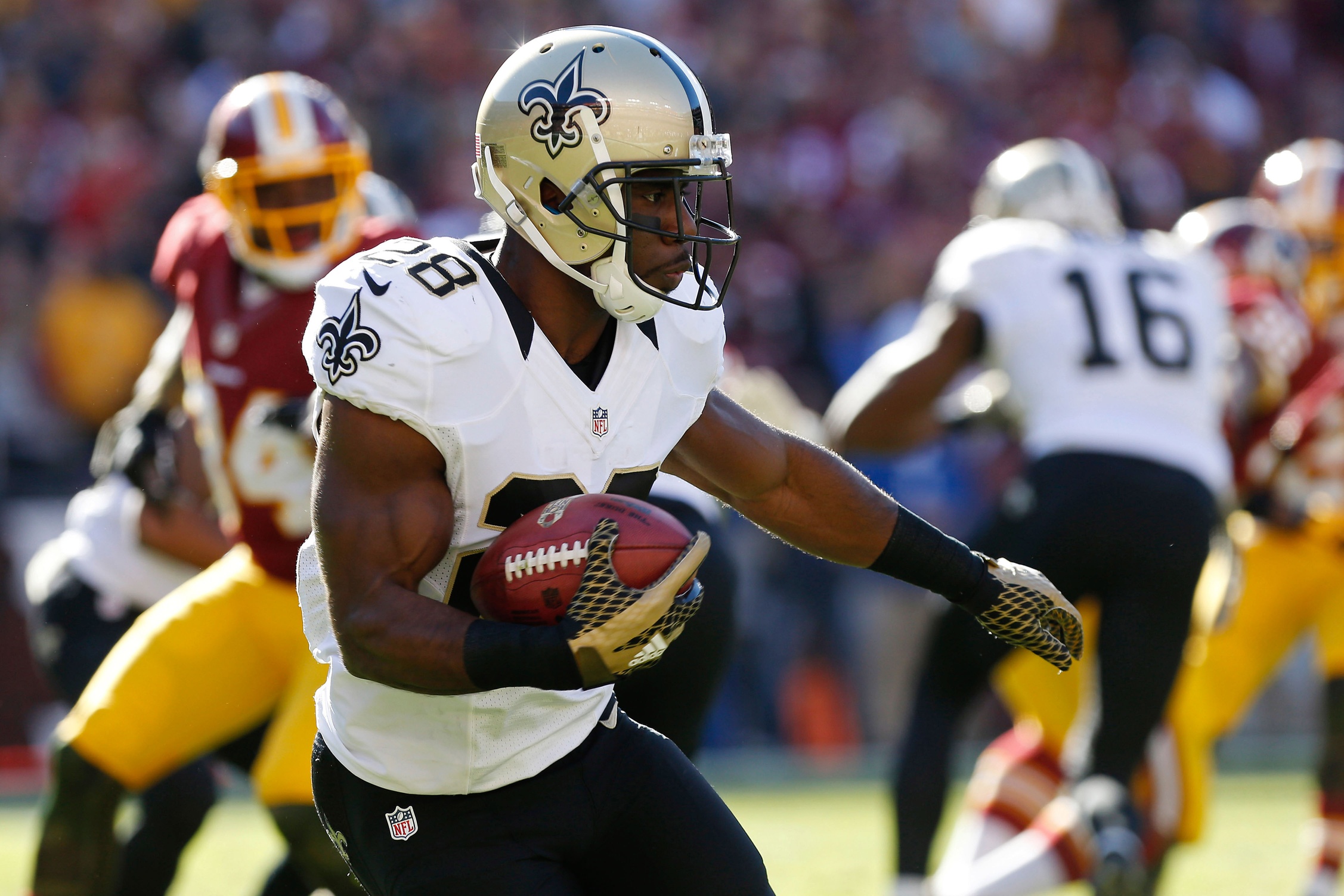 If Sean Payton cannot find a big role for Spiller, then it’s time to admit there is no hope left.

This is a guy who was once thought to be one of the league’s most dynamic playmakers, but injuries and terrible coaching in Buffalo put a damper on his ability to make a lasting impact. He’s been healthy this year but still hasn’t found a way into the heart of the New Orleans offense. This is a fact that irks the running back, who doesn’t understand why he’s not being featured.

“I go in when I’m told to go in. There’s nothing I can change,” Spiller said (h/t Mike Triplett of ESPN.com). “I know what I can present to this league. So it’s the same questions, [but] there’s no different answer. That’d be something, I guess for upstairs to answer, not me.”

To this point in the season, Spiller has totaled 318 yards and two touchdowns. He hasn’t looked explosive as a runner but is still an effective receiver. However, nobody should expect him to ever be a featured back in the NFL, and he’s quickly going the way of Reggie Bush in this regard.

To this point, it’s clear the Saints overpaid by a long shot by giving him $9 million guaranteed on a four-year, $16 million deal.

Who cares what this guy does or doesn’t do on the field? The fact that he’s even playing makes him a bust.

The Cowboys deserve what they’re getting as he’s turned into quite the locker room cancer. In addition to his lack of dedication to the team, he’s been unrepentant for the violent abuse he inflicted on ex-girlfriend Nicole Holder back in May of 2014. Photographic evidence (obtained by Deadspin) of the intensity of that abuse emerged recently, further shining a light on the dark nature of the man Jerry Jones chose to give “a second chance.”

The problem with Jones’ talk of giving second chances is that Dallas knew the incident in question was as bad as the evidence showed it was yet still chose to sign him to a rather lucrative contract (one year, $11.3 million). And, before the photos emerged, there was even talk of signing him to a big extension after he got off to a hot start.

Since racking up three sacks in his first two games back this year, Hardy has managed just 1.5 in the five games since.