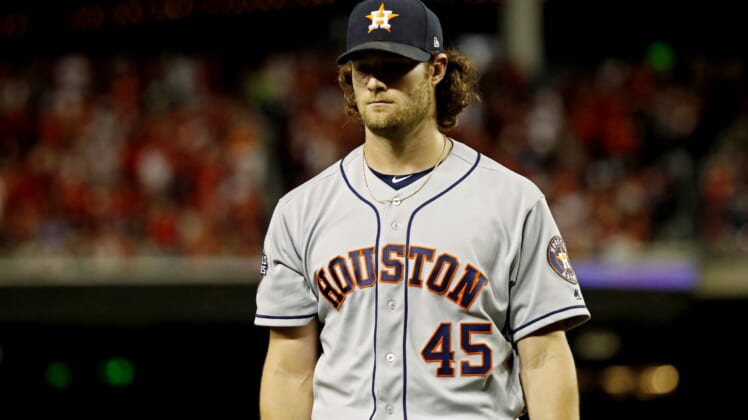 Now with ownership approval to spend whatever it takes to land free-agent starting pitcher Gerrit Cole, the New York Yankees are reportedly making him their entire focus this offseason.

According to MLB Network’s Jon Heyman, Cole is New York’s “total focus” currently and the team is determined not to be denied by MLB’s top pitcher in free agency.

It’s certainly hard to blame the Yankees for taking such an aggressive stance. Cole is coming off a historically-dominant 2019 season that saw him dominate opposing lineups in the regular season and playoffs.

Cole’s 2019 campaign also includes a few MLB records. The 29-year old struck out 39.9% percent of batters faced and also set a record with his 34% K-BB rate. The right-handed pitcher’s 2.50 ERA and 0.89 WHIP are indeed outstanding, but even those numbers are outshined by his 1.79 ERA, 0.74 WHIP and .160 batting average allowed in the second half of the year.

He is simply the best pitcher to hit the open market in years. Given his reputation, track record of durability and his desire to become MLB’s highest-paid pitcher, he is the perfect fit for the Yankees.