XFL games today: 2023 Schedule, teams, and how to watch

If you’re in search of pro football action early in 2023, then scratch that itch by perusing our rundown of the XFL games today.

The football league that World Wrestling Entertainment founder Vince McMahon created in 1999, rebooted in 2018, and sold to Dwayne “The Rock” Johnson in 2020 will return in February. Bookmark and favorite this space because it will be your one-stop shop for everything XFL schedule-related during the 2023 season.

There are no XFL games today. The league’s first season in three years will kick off on Saturday, Feb. 18 with a 3 PM ET matchup between the Vegas Vipers and Arlington Renegades. That will be followed by an 8:30 PM ET game that sees the Orlando Guardians face the Houston Roughnecks on ESPN and FX.

The pair of opening-day games will be followed by two matchups on Sunday, Feb. 19 that sees the St. Louis Battlehawks play the San Antonio Brahmas at 3 PM ET on ABC, and the Seattle Sea Dragons battle the D.C. Defenders at 8 PM ET on ESPN.

The 2023 XFL season will take place over 10 weeks and stretch out from Feb. 18 to April 23. That will be followed by a pair of playoff games on April 29 and 30, then the XFL championship game two weeks later on May 13.

You can get a full rundown of the XFL schedule 2023 below. 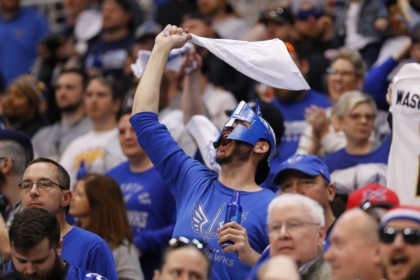 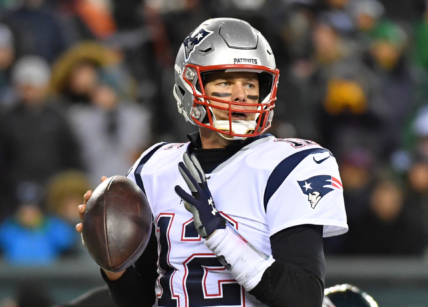 What are the 8 XFL teams?

Similar to the USFL — which returned to action in 2022 after being dormant for years — the XFL has eight teams competing this season. It includes teams that are holdovers from the previous season like the Seattle Sea Dragons, DC Defenders, Houston Roughnecks, and St. Louis Battlehawks.

There are also a few teams that kept their prior names but were moved to different cities, like the Arlington Renegades, Orlando Guardians, and Vegas Vipers. Plus an all-new team in the San Antonio Brahmas.

How many XFL games are there?

There will be 43 XFL games in 2023. A total of 40 will be regular-season matchups, then the two aforementioned playoff games, then the season comes to a close with the most important of them all, the 2023 XFL championship game in May.

Where will XFL games be played?

The 43 total XFL games this season will be broadcasted across Disney-owned networks ABC (seven games), ESPN and ESPN2 (22 combined games), and FX (15 games).

Who was the last XFL champion?

The inaugural XFL championship was played two years after the NFL alternative was founded, in 2001. The “Million Dollar Game” — which it was known as for obvious reasons — was played between the San Franciso Demons and the Los Angeles Xtreme. Led by league MVP and NFL veteran Tommy Maddox, the Xtreme won dominantly, 38-6.

The Los Angeles Xtreme was the first and only XFL champion after the first incarnation of the league ended following the first season, and the rebooted version was canceled midway through due to the COVID-19 pandemic.