With eye on ACC play, Miami faces Fordham at Brooklyn

Miami takes a three-game winning streak to Brooklyn, N.Y. to face Fordham in a nonconference game Sunday afternoon in the Hall of Fame Invitational at the Barclays Center.

The matchup is part of a four-game showcase, with the Hurricanes (7-3) facing the Fordham (7-4) in the opening game. Although the Rams have to travel only 10 miles from the Bronx, while Miami has a 1,200-mile trip, Fordham is the visiting team in the game.

Miami is coming off a 76-59 win over Lipscomb at home Wednesday night. Kameron McGusty scored a career-high 29 points on 12-of-19 shooting (he also blocked three shots), and Isaiah Wong added 20 points on 9-of-13 shooting. 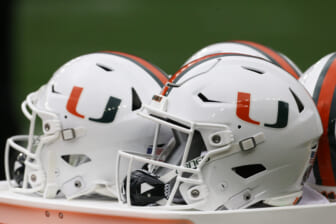 “Well, believe it or not, that’s actually kind of an expectation that we have for both of them throughout this year,” Miami head coach Jim Larranaga said of the duo, who have combined to average 33 points a game. “They’re both high-octane scorers and very good players who can play off of each other. They play very well together. We can rest one and the other one can carry us for a while.

“And when you add Charlie Moore (10.3 points per game) to our backcourt, we actually have three outstanding, double-figure scorers.”

Miami made 51.6 percent of its shots and clamped down on defense, with Larranaga noticing an emphasis on defending cuts to the basket and in the low post.

Larranaga said playing at the home of the NBA’s Brooklyn Nets helps prepare his team for the ACC Tournament in March, which will also be held at the arena. He believes Fordham is a team that can help the Hurricanes prepare for ACC play. 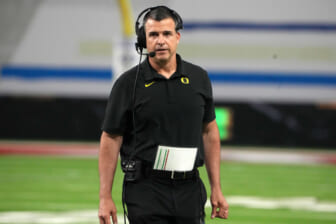 Fordham was 2-12 last season but is off to a 7-4 start this season including wins over Akron and Rice, and has two more nonconference games leading to the Atlantic 10 season opener Dec. 30.

Antonio Daye Jr. is Fordham’s leading scorer, averaging 18.0 points per game, and Darius Quisenberry is averaging 16.7. Another key player is forward Chuba Ohams, who is averaging 14.5 points and 11.8 rebounds.

Ohams had 20 points and 11 rebounds in the Rams’ 73-57 win over Long Island on Thursday, his seventh double-double of the season.

“We come into every game like it’s our Super Bowl,” Fordham head coach Kyle Neptune said. “It doesn’t matter if it’s a New York team, a California team, Minnesota. It doesn’t matter. Every game’s our biggest game and we only get a couple of these a year. It’s a pretty cool opportunity.”