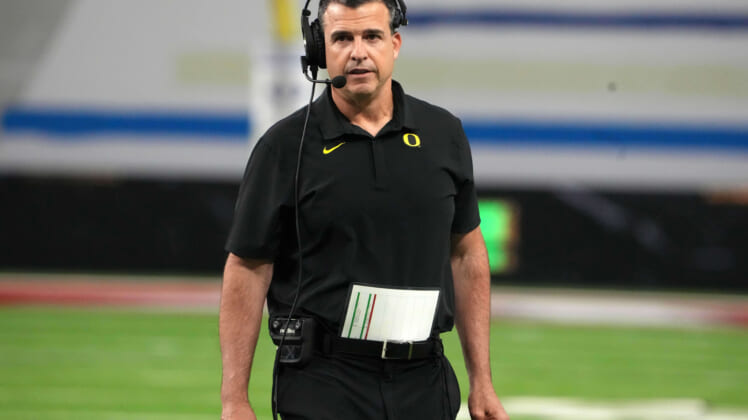 Reports surfaced Sunday that Miami and Cristobal were negotiating a multi-year contract worth $8 million per season, which would make him one of the highest-paid coaches in college football. Given until Monday afternoon to sign the deal, the Hurricanes reportedly would only fire Diaz if Cristobal agreed to join Miami.

According to Yahoo Sports’ Pete Thamel, the Hurricanes have fired Diaz after just three seasons as the program’s head coach. As The Athletic’s Bruce Feldman points out, it officially creates an opening for Cristobal to accept the position.

At 1:50 PM EST, the Hurricanes officially announced Cristobal as their new head coach.

All of this is going to come at a staggering cost for the Miami Hurricanes. Between Cristobal’s new contract, his buyout from Oregon and the Diaz buyout, Miami is spending at least $25 million immediately to facilitate this coaching change. This also doesn’t factor in the total spending for hiring and firing assistant coaches and coordinators. 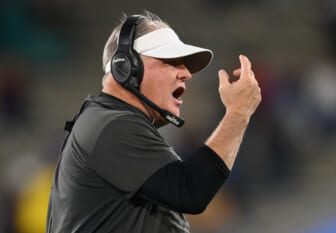 All of this reflects a significant change from Miami’s athletic department. For years, the university received criticism for not pouring its resources into football. The results are evident in the standings, with Miami delivering just one season with double-digit wins since 2004.

Cristobal, a Miami native who played for the Hurricanes (1989-’92), will quickly look to build out his coaching staff with assistants who have strong Florida ties. For a head coach with ties to the region and who was named the 247 Sports National Recruiter of the Year in 2015, this could be a program-changing moment for Miami.