Will the Patriots be in the Super Bowl again in 2020? 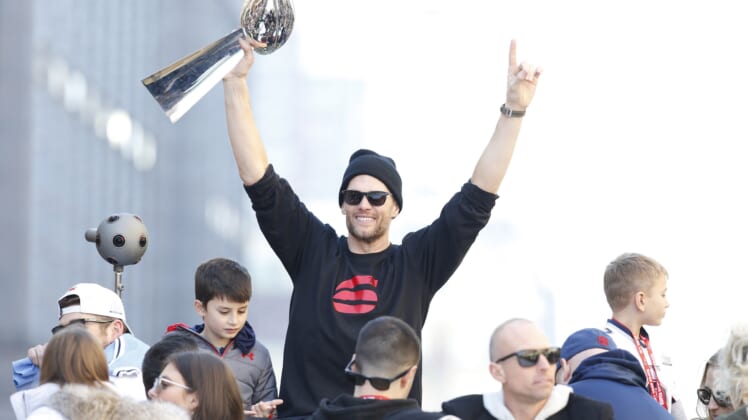 With another football season upon us, the New England Patriots are once again one of the top teams in the NFL. Since 2011, the Pats have played in every AFC championship, winning six of them, including three straight wins. They have become one of the best dynasties in all of sports and that could continue during the 2019 campaign.

Here are some of the reasons why this team is destined for their fourth straight Super Bowl appearance.

The GOATs: Yes, Tom Brady and Bill Belichick are still in the NFL. Year after year, they both show why they are the greatest coach/QB tandem ever. With both guys still together, they continue to keep the Patriots dominant.

Big pickups: Whether it was through the draft or in the offseason, the Patriots once again loaded up on both sides of the ball. The “next man up” mentality will once again be shown in the 2019 season.

These are the guys who will help bring the Pats to Atlanta.

Weak division: Another year, another weak AFC East where the Patriots are the favorites to capture the title. Let’s take a look at each team and see why the Patriots will win an 11th straight AFC East title.

Competition?: Every offseason, people will look to find any team besides the Patriots to represent the AFC in the Super Bowl. Here are the teams that could give a Patriots a run for their money.

The bottom line: Barring any major injuries, The Patriots are set up to make it back to the 2020 Super Bowl. They reloaded in the offseason on both sides of the ball, especially on defense. Even with some of the losses on offense, Tom Brady is still one of the best quarterbacks in the league.

Brady and Belichick show no signs of slowing down, making them once again the favorites to make the Super Bowl for a fourth straight season.