WATCH: Russell Wilson reiterates he wants to play until he’s at least 45 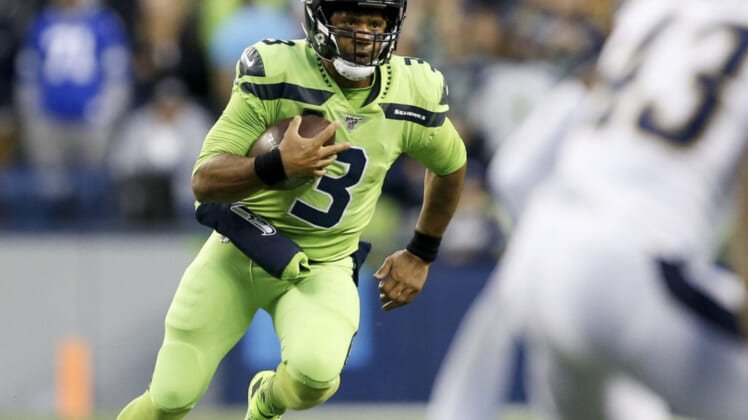 On his 31st birthday, Seattle Seahawks quarterback Russell Wilson once again made it clear he wants to play at least until he’s 45.

Speaking with local media Friday afternoon, Wilson explained that he feels better than ever. He also expressed that he still feels like his career is just getting started, saying, “I feel like I haven’t done anything yet.”

Here’s video of Wilson further explaining why he strives to play until he’s 45, with a strong nod toward former New York Yankees great, Derek Jeter.

Contrary to what Wilson asserts, he absolutely has done something already in his stellar career, winning a Super Bowl while getting off to a legendary start with an overall record of 84-38-1 and a postseason record of 8-5.

Wilson is also having an incredible 2019 campaign and is right there with Lamar Jackson as a front-runner to win NFL MVP.

If the veteran does play until he’s 45 or older, he’ll have a real shot to eclipse most of the all-time records and potentially even compete with Tom Brady in terms of NFL titles.