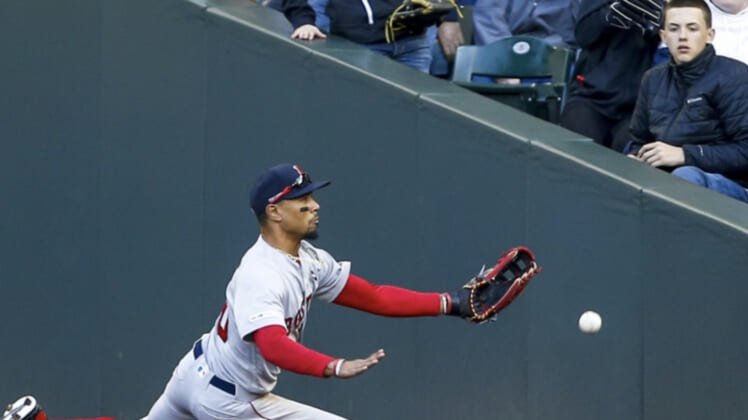 The defending World Series champion Boston Red Sox have absolutely nothing to play for over the final week of the season. Already eliminated from playoff contention, they are just playing out the string.

Just don’t tell that to 2018 AL MVP Mookie Betts, who is still playing with a sense of purpose. Down 6-4 against the Tampa Bay Rays in the bottom of the sixth Monday night, Betts fielded a base hit from Avisail Garcia that plated Tampa Bay’s seventh run of the game.

Betts then threw an absolute cannon from the warning track in right field to third base, nailing Garcia as he attempted to leg out a triple.

That’s the single best throw we’ve seen around the baseball world this season. How in the world did Betts get that to third with a frozen rope all the way from right field?

There’s a reason why this dude won the MVP last season. Even with his Sox out of contention, he’s out here playing as hard as possible.