WATCH: Pascal Siakam loses it when Fred VanVleet was asked about his height 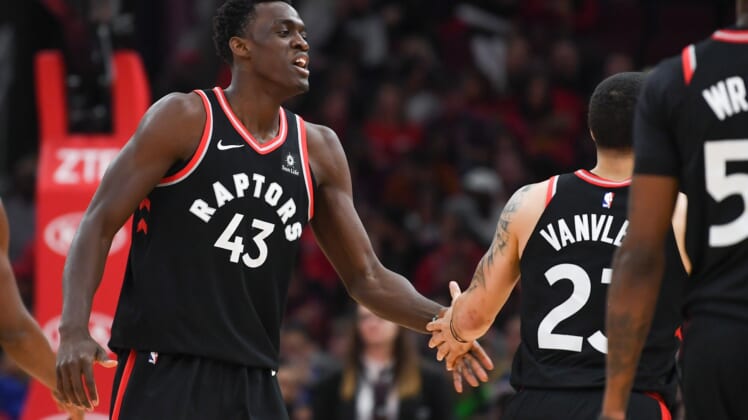 The Toronto Raptors are currently overseas in Japan playing a preseason series against the Houston Rockets.

Apparently the same etiquette smallish Raptors guard Fred VanVleet has been afforded here in North America has not made its way to the eastern metropolis.

One of the game’s most-underrated rated players was asked Tuesday how he has success in the NBA while being one of the shortest players on the court. Teammate Pascal Siakam could not stop laughing.

Check this moment out. It might be the best thing you’ll see all day.

“Why is that so funny?” He also wants to know where he ranks after the NBA’s new measurements rules.

Siakam is also pretty savage here. He hasn’t had to worry about being vertically challenged. As to where VanVleet stands at 6-feet, Siakam is a towering figure at 6-foot-9. Live a a day in his shoes and the like.