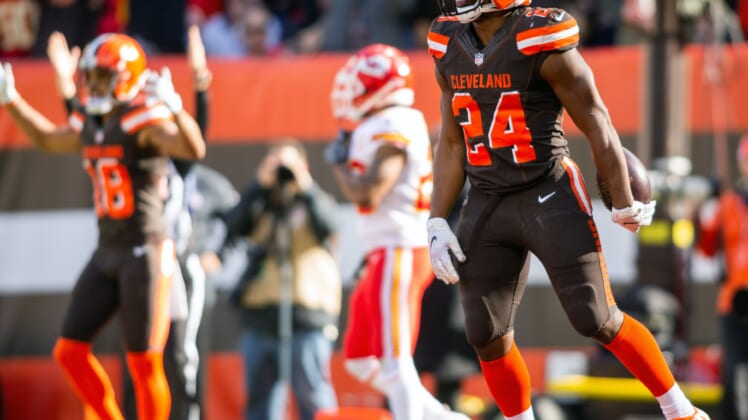 It hasn’t been a fantastic rookie year for Cleveland Browns running back Nick Chubb. But he made an awfully big impression against the Atlanta Falcons.

With the Browns up 21-10 and in the shadow of their own goal line, Chubb took a handoff from Baker Mayfield and went 92 yards for the score.

The touchdown — Chubb’s second of the day — was a historic touchdown from two perspectives.

One, it was the longest play from scrimmage in the NFL this season. The previous long was an 82-yard pass from C.J. Beathard to George Kittle.

Secondly, it was the longest play from scrimmage in the long history of the Browns. That’s quite a feat.