WATCH: Nick Bosa has Rod Tidwell moment with delayed celebration after getting hurt on key sack 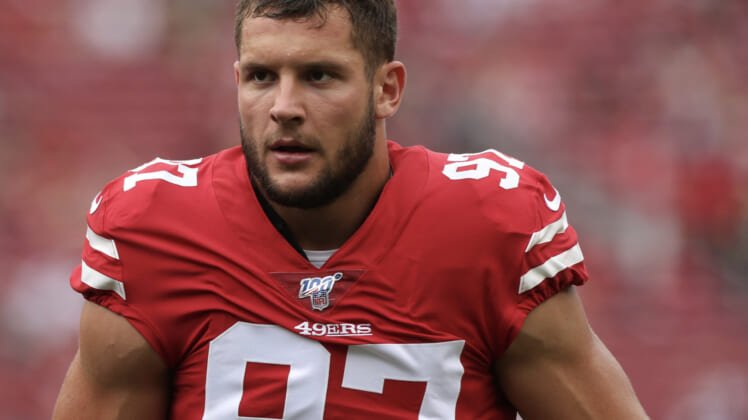 San Francisco 49ers rookie pass rusher Nick Bosa made a key sack in the fourth quarter of Saturday’s divisional-round matchup against the Minnesota Vikings, and then he stayed on the ground with an injury to his midsection, only to pop back up and celebrate, a la Rod Tidwell from the hit movie “Jerry McGuire.”

Here’s the sack of Kirk Cousins by Bosa, who forced Minnesota to punt with this big play.

Then, after the rookie was on the ground for a couple minutes as the crowd went completely silent, Bosa popped back up and pumped the crowd up with a demonstrative celebration.

If we’re honest, Bosa’s ordeal wasn’t quite as dramatic as Tidwell’s, but if they ever make a movie out of his life we imagine this scene would play out a little something like this: