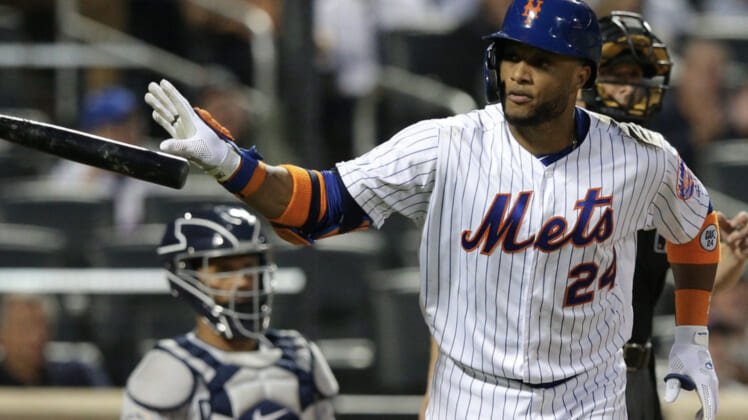 New York Mets veteran Robinson Cano has been the butt of all jokes in the Big Apple since they acquired him from the Seattle Mariners during the winter.

The 36-year-old veteran entered Tuesday’s game against the San Diego Padres hitting just .243 with six homers and 22 RBI. Given he’s earning $24 million this season, that can’t be seen as a good thing.

Just don’t tell that to Chris Paddack and the San Diego Padres. For the first time in his career, Cano went deep three times Tuesday evening against the Padres.

He went deep three times in the first seven innings, driving in the first five runs for the Mets in the process.

The first homer came in the second inning and was a solo shot off Paddack.

With New York up 1-0 in the sixth, Cano went deep again. This time, it was a two-run blast that traveled 409 feet.

Not to be outdone, the multi-time All-Star went deep with another two-run blast the very next inning.

New York might be looking to trade off some of its assets during what has been a lost season. Despite this turn-back-the-clock moment, Cano seemingly has no trade value.