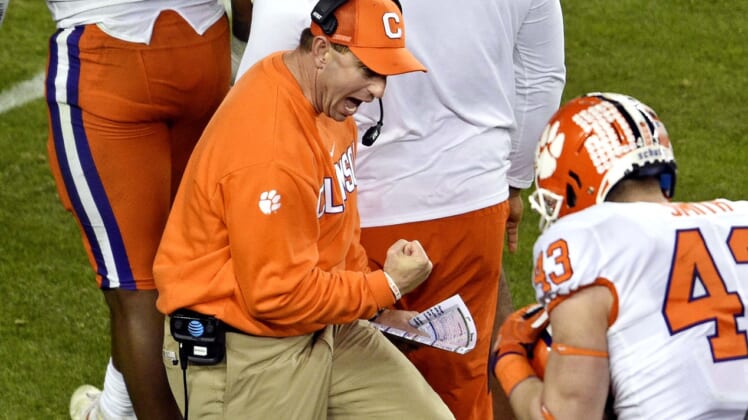 Clemson Tigers head coach Dabo Swinney has built the most dominant program in college football with the No. 1 recruiting class in the nation. It’s easy to see why players love him after watching his pregame speech before Saturday’s CFP Semifinal.

As players circled around him before the matchup against the Ohio State Buckeyes in the Fiesta Bowl, Swinney delivered a motivational speech that got everyone fired up and ready to dominate the Buckeyes.

Swinney has kept his players motivated all season by constantly pointing out the lack of respect Clemson received from the media and the CFP rankings. Now on the national stage in the CFP Semifinal, he’s once again providing his players with even more reason to go out and battle on Saturday.

The Tigers came into this game with one of the most talented rosters in the country and playing with a chip on their shoulder. If this team can take that next step and play at an even higher level, the Buckeyes could be in trouble.