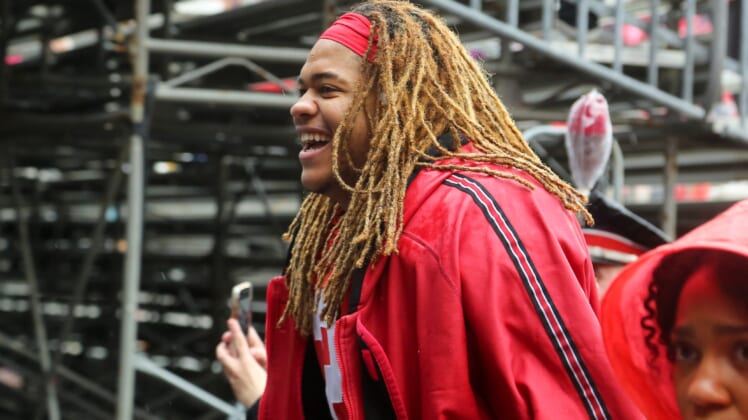 It didn’t take long for Chase Young to reassert himself as the nation’s most dominant pass rusher.

After missing two games due to an NCAA suspension for borrowing money last December to pay for his girlfriend to attend the Rose Bowl, Young was back in action Saturday as the Ohio State Buckeyes hosted the Penn State Nittany Lions.

On Penn State’s second possession of the game, Young came through with back-to-back tackles behind the line of scrimmage — the second of which tied the single-season record at Ohio State (14 sacks, tied with Vernon Gholston).

Here’s a look at the record-tying play.

Chances are, Young is going to blow by that record, and he may even do it today. Just a dominant player who is a lock to take his skills to the next level this coming spring.