WATCH: Aaron Rodgers opens up about Jordan Love pick, says he drank tequila to deal with it 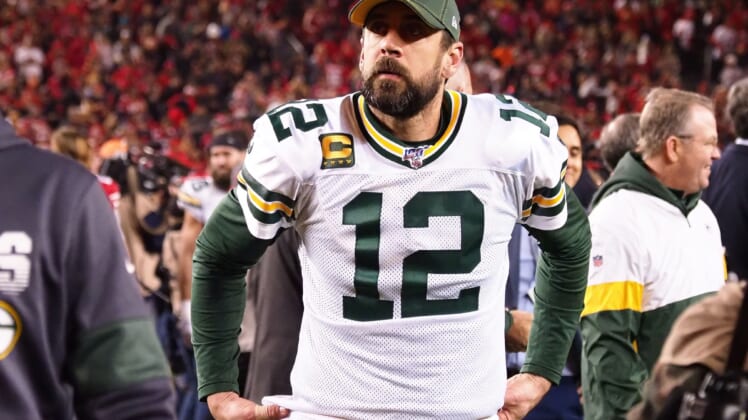 Aaron Rodgers doesn’t appear to be quite over the Green Bay Packers’ decision to trade up for Jordan Love — likely his eventual replacement.

In a candid interview with Ringer’s Kyle Brandt, Rodgers shared that he got excited when the Packers traded up. In his mind, he was thinking about all the receivers that were still on the board. Because of course he was! Green Bay needed to upgrade that position in a major way.

Instead, he got a text from his agent that the Packers were taking a quarterback.

That’s when Rodgers says he went to his liquor cabinet and poured “about four fingers” of tequila, knowing he was in for a long night with people calling and texting and asking for Zoom time.

The entire interview is worth a watch. Here it is, courtesy of the Ringer’s Robert Mays.

Rodgers will clearly still be the starting quarterback for the Packers in 2020. However, there have been plenty of rumors that the ultimate play for Green Bay would be to trade Rodgers in the next few years so Love can take over for the long haul.