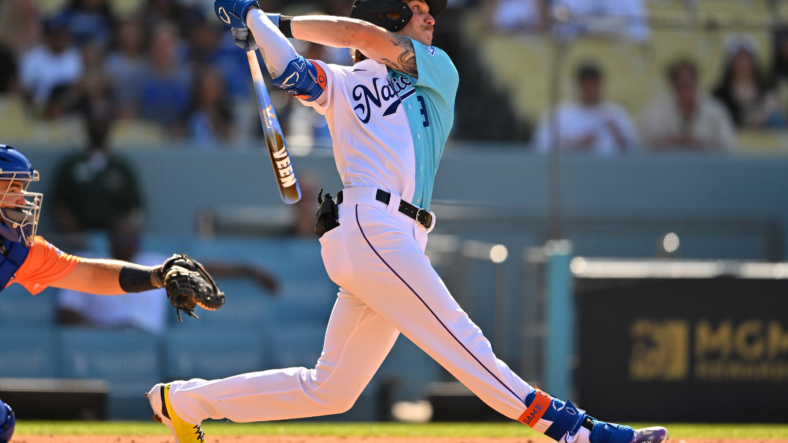 Any time a team is mired in a rebuilding effort, the only thing for fans to look forward to is its young, developmental prospects. In baseball, that system is quite deep, with as many as 90 players in an organization. The Washington Nationals may have traded their face of the franchise by sending Juan Soto to the San Diego Padres, but it only reinforced their minor leagues, where they hope to discover their next franchise cornerstone.

In the MLB, teams play 162 games, but minor league ballplayers don’t get nearly the same experience as they work to refine their skills and, in some cases, build endurance.

That’s why, when the minor league season ends, many of the top prospects take to the Arizona Fall Leagues to pick up extra experience as they work on some of the finer points of their repertoire. That’s no different for many of Washington’s top prospects.

The Arizona Fall League begins play on October 3, including six weeks of play in a much warmer atmosphere than where some cold-weather teams reside. On Friday, the rosters for the teams participating in the Fall Leagues were revealed, and they include several Nationals prospects.

Included on the rosters are:

Hassell came over in the Soto trade and immediately became the team’s top prospect within the organization.

While having a total of 10 players set to gain even more experience playing in the Arizona Fall Leagues should be considered a win, these players have earned the opportunity to continue proving themselves by performing strongly all season long in the minor league ranks.

Hassell hit 10 home runs while he was still in San Diego’s organization at the A+ level. He only spent was recently promoted to Double-A, where he spent just 10 games before being promoted to Double-A ball. However, Hassell’s hitting line hasn’t been superb.

Previously considered among the best hitters in his high school draft class, Hassell, 21, clearly wants to use the extra plate appearances in the Arizona Fall Leagues to continue improving his craft.

Yasel Antuna is 22 and has also reached the AA level. Like Hassell, he’s struggled at the plate, with an OBP of just .287. He’s been on the 40-man roster for two years now and needs to start showing he’s ready to produce sometime in the near future.

Catcher Drew Millas hasn’t secured a 40-man roster spot just yet, but he shares a common theme with the other top Nationals prospects set to play. The 24-year-old has a .291 slugging percentage in 165 plate appearances at Double-A, and his OPS sits at .565.

Meanwhile, second baseman Darren Baker, 23, participated in the All-Star Futures Game, and his batting average in AA is .291, but he hasn’t shown much pop, with a slugging percentage of .364. He’s also the son of current Houston Astros manager Dusty Baker. We’ll see how they each improve their skills later this fall in Arizona as they suit up for the Peoria Javelinas.

Related: Jarlin Susana: How an underrated prospect from the Juan Soto trade is paying early dividends for Washington Nationals