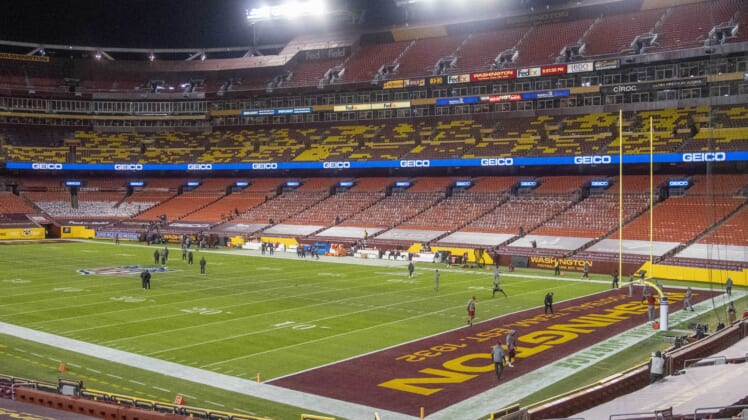 FedEx Field in Washington is considered one of the worst stadiums in the NFL. Washington Football Team fans got a first-hand look at that during Sunday’s season opener against the Los Angeles Chargers.

In the first half of the game, a sewage pipe burst in D.C. with fans in the stands being put in peril. No, really. This is something that actually happened.

That’s about as gross as it gets. Imagine sitting in D.C. and enjoying the Washington Football Team home opener, only to be running away from literal sewage.

The hope here for Washington is that this isn’t a sign of things to come moving forward on the season. Ron Rivera’s squad is coming off an NFC East title and found itself down 7-3 after the first quarter.

As for the fans, let’s also hope that they remain sewage free for the remainder of the day.