Washington Commanders are being investigated by the DC attorney general

The Washington Commanders not only have the NFL and the US House of Representatives breathing down their back, but the attorney general of Washington, DC is also deep into an investigation of the scandals surrounding the franchise.

While much of the coverage over the last couple of months for the majority of NFL teams have been on their free-agent additions and subtractions and evaluating the 2022 NFL Draft class, that has not really been the case for the Washington Commanders. The franchise has been the epicenter of bad press for the NFL.

The second round of sexual misconduct allegations earlier this year led to an inquiry by the House Committee on Oversight and Reform and a brand new investigation by the NFL. The committee then discovered “financial improprieties” during their investigation and then officially informed the Federal Trade Commission two weeks ago of the evidence they had on the franchise’s shady financial dealings. This included withholding ticket revenue from visiting teams, as well as refundable ticket deposits from season-ticket holders.

However, despite all of that, the examinations from powerful federal and private bodies haven’t ended there. On Monday, Karl Racine — an official for the attorney general of the District of Columbia — revealed that the office had also been looking into “allegations of sexual harassment and workplace misconduct [h/t Pro Football Talk].” The investigation has been ongoing since the fall of 2021.

“The disturbing details of misconduct by the Washington Commanders and Dan Snyder that we’ve seen in extensive public reporting are deeply troubling. No one should face mistreatment at work and no organization can evade the law,” Racine said in a statement. “The Commanders’ players and employees, and District residents, deserve a thorough investigation that determines exactly what happened and holds those accountable for any illegal conduct.” 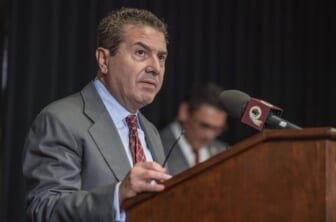 This news followed the Monday revelation that the Virginia attorney general planned to begin an investigation into the allegations against the Washington Commanders organization.