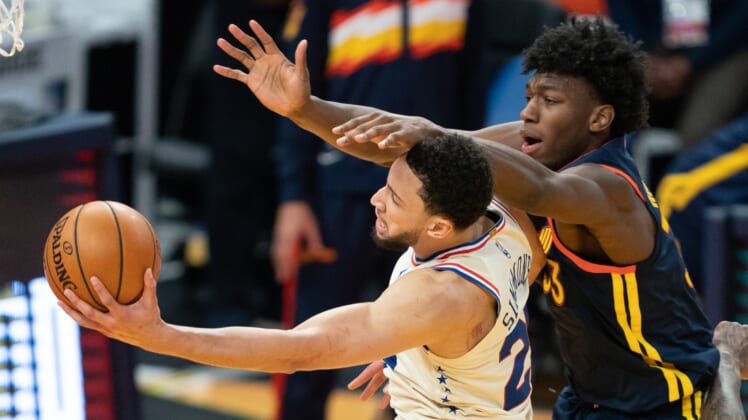 The Golden State Warriors will not be participating in the Ben Simmons bidding war, according to a report by the San Francisco Chronicle on Friday.

The Warriors are not willing to give up what the Philadelphia 76ers are asking, per the report.

The 76ers, who want to build a winner around Joel Embiid, have made it known they want at least one All-Star player in return for Simmons.

The Warriors have returning All-Stars in Stephen Curry, Klay Thompson and Draymond Green, but they aren’t interested in breaking up that core, according to the Chronicle.

The question for the Warriors will continue to be health, especially with all three veterans in their 30s. Green, 31, has been relatively durable throughout his career, but Thompson, 31, hasn’t suited up since 2018-19, when he suffered a torn ACL in the NBA Finals. He tore his right Achilles tendon in November 2020.

The Warriors, 39-33 last season, have two lottery picks in the upcoming 2021 NBA Draft.