Minnesota Vikings are playing a dangerous game with Garrett Bradbury 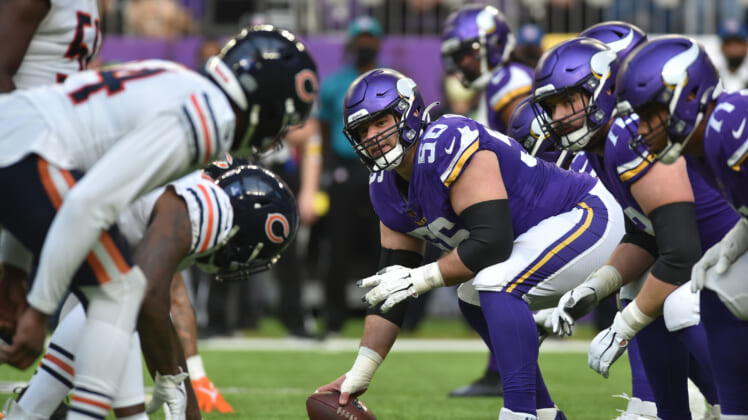 The Minnesota Vikings aren’t unique. They’re preparing for the start of the season like everyone else. Many new faces are making a major impact within the organization, but one player who appears likely to repeat his role as the starting center is Garrett Bradbury.

This is a red flag for everyone who’s followed the team closely since Bradbury became the 18th pick in the 2019 NFL Draft. He was immediately handed the starting gig and hasn’t given it back since.

But his performance has been met with mixed results the past three seasons, and fans have been calling for a replacement all offseason. Here we are, days away from the first preseason game, and Bradbury is still penciled in as the starter. Should we be concerned with the offensive line, once again heading into 2022?

Garrett Bradbury could be replaced by Chris Reed

For now, Bradbury is likely to begin the year in the starting lineup, manning the same pivot position he’s held the past three years. But when head coach Kevin O’Connell was recently asked about the likelihood of Bradbury being his starting center, he didn’t commit to the fourth-year pro.

This alone will have Vikings fans more optimistic heading into the season.

Though, maybe they shouldn’t be too quick to celebrate, as O’Connell also stated that he’s “definitely not worried” about Bradbury at this point in the season, being that it’s too early in the analyzation process.

Meanwhile, I’m sure defensive coordinators who have been able to take advantage of Bradbury’s lack of strength could likely point O’Connell in the right direction if they wanted. But other teams aren’t in the business of paying favors to their opponents. They’re in this to win.

If winning is the Vikings’ top priority in 2022, they would be wise to follow Bradbury’s progress extremely closely. With big investments having been made around Bradbury, he cannot be the lone weak spot in the trenches for another season.

This is likely why Kwesi Adofo-Mensah went out and signed two veterans with plenty of starting experience at the center position. Chris Reed has started 20 games for the Carolina Panthers and Indianapolis Colts the past two seasons, and he appears to be the biggest threat to Bradbury’s starting gig.

Another option is Austin Schlottmann, who’s just 26, but has appeared in 42 games since joining the Denver Broncos in 2019. Both Reed and Schlottmann also have the ability to play offensive guard, another position that’s sure to feature heavy competition this preseason. 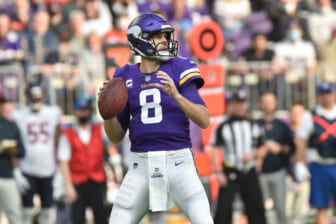 It’s not that Bradbury doesn’t have the talent or the traits to hold down a starting role in the NFL. He’s an excellent run blocker, helping pave the way for Dalvin Cook to get to the second level of the defense. Bradbury’s athleticism is certainly an asset in that aspect.

His biggest drawback is not having the physical strength to take on bigger defenders who can quickly send Bradbury shuffling backward, creating pressure in the face of Kirk Cousins, often ruining the play. Opponents know Bradbury how to take advantage of his weaknesses, and he’s been unable to overcome them so far.

The concerning part about Bradbury’s play, is that he hasn’t really improved since entering the league as a rookie. While he does have a new coaching staff this season, one that could potentially help him address some inefficiencies, at this point we need to see the results before believing the hype.

Now 27, with 45 career starts under his belt, the new coaching staff isn’t ready to shake up the starting five just yet, but Bradbury’s days as the starter could be on the outs.

We’ll see how he looks in the preseason once again. Already on thin ice with the fanbase, the first hint of Bradbury’s struggles will have the spectators calling for his benching. Let’s hope it doesn’t get that far.

For what it’s worth, Bradbury did reportedly handle himself a bit better during Saturday’s practice in 1-on-1 drills against nose tackle Harrison Phillips, maybe there’s more improvement to come.