‘Unanimous’ belief that the Warriors will look to trade No. 2 pick in 2020 NBA Draft 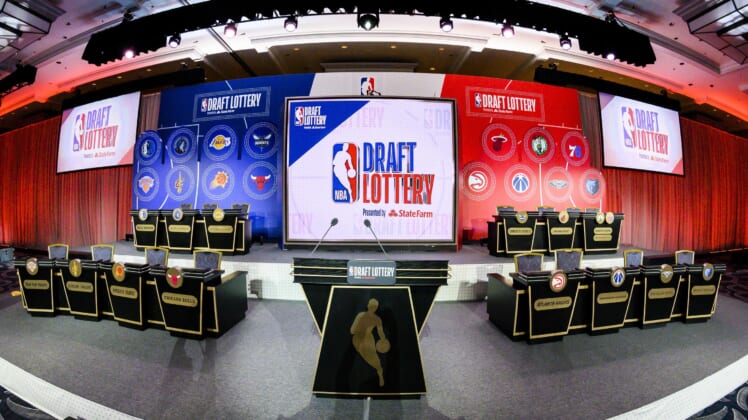 Coming off a 2019-20 season that saw them post an NBA-worst 15-50 record, the five-time defending Western Conference champion Golden State Warriors boast the No. 2 pick in the 2020 NBA Draft.

We previously focused on speculation that general manager Bob Myers and Co. might look to pull off a trade as a way to add to the big two of Stephen Curry and Klay Thompson.

It now looks like this is the belief within the NBA world.

Unanimous belief that the Warriors will look to trade No. 2 pick in 2020 NBA Draft

“People around the league are unanimous in thinking that the Warriors will do their best to pull off a trade,” ESPN’s Tim Bontemps noted recently.

This really shouldn’t come as too much of a surprise. Despite their struggles this past season, the Warriors can still be viewed as top-end title contenders out west. Remember, Stephen Curry played in just five games while Klay Thompson missed the entire 2019-20 season due to a torn ACL.

The 2020 NBA Draft is seen as one of the weakest in modern history. In checking in with experts around the league, the belief is that there’s three top-end potential franchise cornerstones. That list consists of former Georgia guard Anthony Edwards, the well-known LaMelo Ball and big man James Wiseman from Memphis.

If this is indeed the case, other teams might actually pay a premium to move up for one of the top-three players. It also wouldn’t be a surprise if the Minnesota Timberwolves, picking No. 1 overall, look to pull off a trade.

As for the Warriors, they do have the assets to pull off a blockbuster trade. That includes the No. 2 pick this year as well as the Timberwolves’ unprotected first-round pick in the 2021 NBA Draft stemming from the Andrew Wiggins-D’Angelo Russell trade.

Golden State also boasts a $17.2 million trade exception from the Andre Iguodala deal last summer. Combine these assets with Wiggins’ contract, and there’s a chance Golden State adds a third star to team up with Thompson and Curry. It’s obvious this is what the team is looking to do.

In terms of potential targets, there’s one highly unlikely possibility in that of the reigning NBA MVP.