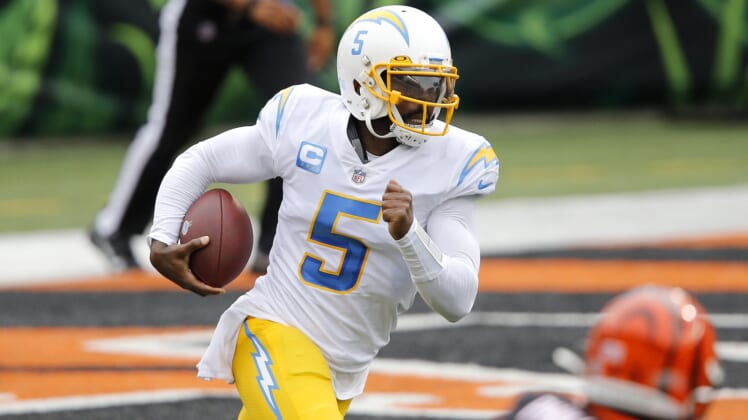 The NFL world was shocked by the sudden injury Los Angeles Chargers quarterback Tyrod Taylor suffered immediately ahead of his team’s Week 2 game against the Kansas City Chiefs this past Sunday.

The unquestioned starter heading into the 2020 NFL season, Taylor was a late inactive with what the Chargers deemed a chest injury. Rookie No. 6 pick Justin Herbert started in his stead, almost leading Los Angeles to an upset win over the defending Super Bowl champions.

We now have some more information on Taylor’s injury. It’s not good for the player, the Chargers’ organization and the NFL as a whole.

Following this news becoming public record, the National Football League Players’ Association (NFLPA) released a statement indicating that it is investigating the situation.

People make mistakes. No one is perfect. That’s all fine and dandy. But this is some next level stuff right here. A team doctor puncturing a lung of one of his players during a pain-killing injection to help out with another injury. Per Schefter, it was a blind injection, which does carry some risk.

The Chargers wanted Taylor to start Week 3 against the Carolina Panthers. For obvious reasons, doctors are against that idea. They recommend that the former Pro Bowl quarterback be inactive indefinitely.

It’s in this that the rookie sixth overall pick from Oregon will get his second consecutive start come Sunday against a winless Carolina Panthers squad.

Herbert was absolutely tremendous in last week’s narrow loss to the Chiefs, completing 22-of-33 passes for north of 300 yards with two total touchdowns and one interception.

As Chargers head coach Anthony Lynn noted following Sunday’s game, Taylor will return to a starting role once he’s able to return from this most unfortunate history.

As for the Chargers’ doctor in question, we have no further update on that right now.