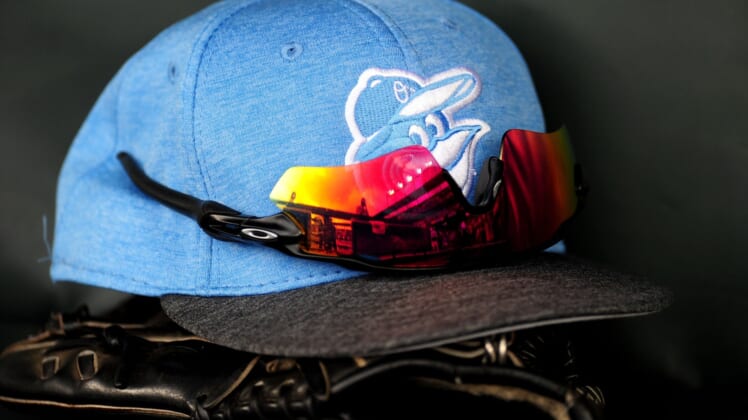 The Baltimore Orioles are in the middle of something special. But it’s not the good kind of special. It’s more like a slow-motion epic fail video you just cannot stop watching.

Baltimore has been special in this way since pretty much the start of the season, and the O’s are on pace to lose 113 games. Meanwhile, the Boston Red Sox, first place in the American League East and the A.L. as a whole, are on pace to win 114 games.

Right now, Baltimore is an astonishing 50.5 games behind Boston, and it’s on pace to finish the season 66 games behind.

The Baltimore Orioles are 50.5 games back from first place behind the Boston Red Sox. Fifty! And a half!

Baseball fans all over the place took note of the milestone.

The Orioles are better than… #ThingsNeverHeardInTheMancave

Both of the soccer teams I root for have scored two goals and have won 0 games so far. The Orioles are…not doing great. Trying to figure out if the Ravens will succeed or if it's up to one my miserable fantasy teams. pic.twitter.com/CjieyMpaWm

With all that being said, the Orioles are still…in it?

As pointed out to me yesterday by @joshshadowfax, Baltimore wasn’t eliminated yesterday. If Houston and Oakland split their remaining 4 games with each other and lose all the rest. And the Orioles win their remaining 39, there would be a 3-way tie for WC2. With Sea winning ALW.