Twitter reacts to Nick Mullens’ unbelievable gaffe on fourth down 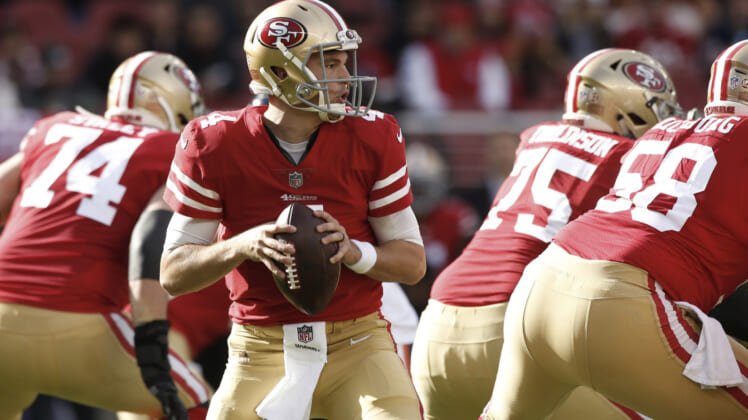 The San Francisco 49ers were certainly game for their outing against the Chicago Bears at Levi’s Stadium on Sunday. Winners of two consecutive games, San Francisco had an opportunity to knock the Bears off.

After forcing a fumble on a play that could’ve ended the game, San Francisco entered Chicago’s side of the field down just five points with under two minutes left.

On fourth and short, second-year quarterback Nick Mullens scrambled to the right. He seemed to have 20 yards of open field ahead of him. Instead of running it, Mullens threw up a desperation pass. The end result with an incompletion and the 49ers’ 11th loss of the season.

Needless to say, Twitter was full criticism after this absolutely ridiculous mistake.

Inside the mind of Nick Mullens on that 4th down pic.twitter.com/vMbZVLWmrX

Mullens thought there was a better first down than the one right in front of him., He was wrong.

Omg Nick Mullens you gotta run for that first down

Did Nick Mullens just elegantly tank or did he have a stroke mid-play?