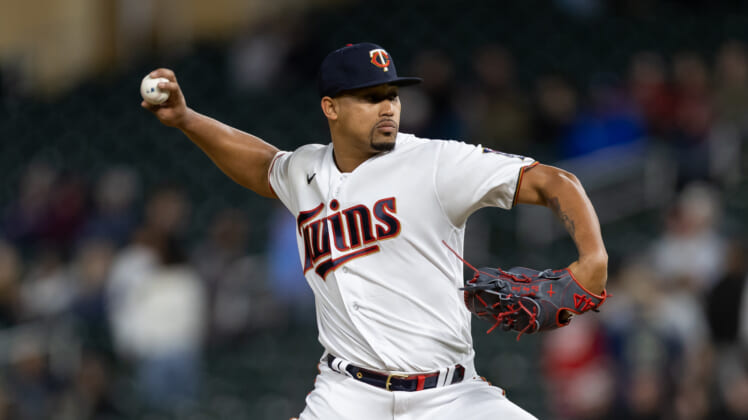 The Minnesota Twins have one of the hardest throwing arms in baseball and his name is Jhoan Duran, a 24-year-old rookie relief pitcher out of the Dominican Republic.

When the Twins surprisingly decided to trade their All-Star closer, Taylor Rogers, to the San Diego Padres as the season began, it was because they knew Duran was ready for the majors.

Although Duran hasn’t grabbed a hold of the closer role, with manager Rocco Baldelli preferring to implement a committee approach along with Emilio Pagan, he’s worked several high-leverage situations.

Duran does have two saves on the year, compared to Pagan’s four.

Baldelli handed the ball to Duran in the ninth inning during a tie ballgame against the Cleveland Guardians on Saturday night, in which the first-year pro didn’t disappoint.

Duran can routinely be seen topping the century mark during his appearances on the mound with his fastball, mixing in a splitter-sinker, aptly named the “splinker”, which also sits in the low 90s.

But, we’re here for the velocity, and Duran just might have the fastest fastball in the league. Actually, so far, he does.

According to Baseball Savant, Duran’s pitch measured at 103.3 mph on Saturday night, which is the top speed in baseball so far this season.

During his outing Duran needed just 12 pitches to get three outs, striking out Franmil Reyes in the process. Of the 12 pitches, two were over 103 mph and one was 102.1 mph. This kid was throwing gas.

Duran’s pitch clocked as the fastest in Twins team history, but to be fair, no other pitcher has ever topped 102 for the organization and it’s safe to say, he might keep breaking his own record. I don’t think anyone will take issue with having to continually re-write the record books in Minnesota.