The world’s best have converged on Carnoustie for the third major of the season, the 2018 British Open.

As it always does, this Open Championship brings many good storylines to follow. Given what’s happened at Carnoustie in the past, the course itself — namely the finishing hole — is one of the main storylines.

Of course, the players themselves give us a lot of storylines, as well. Patrick Reed, Brooks Koepka, and Jordan Spieth would all make history with a win. Also, while the wins wouldn’t be history making, we can’t overlook what guys like Dustin Johnson, Rory McIlroy, and Jason Day can do. Of course, the ever-present comeback of Tiger Woods is worth watching as well.

The 2018 British Open is the only major on the year that doesn’t feature a golfer going for a career grand slam. But even without that history, there are plenty of storylines to follow.

Early in the decade, International players were dominating the majors. That trend has been turned on its head recently. The last five major championships have been won by Brooks Koepka, Jordan Spieth, Justin Thomas, Patrick Reed, and Kopeka again. Not only are all five Americans, but all are 28 or younger. All four men will tee it up at Carnoustie this week. Other highly-ranked Americans who’ve yet to turn 30 include Rickie Fowler, Xander Schauffele, and assuming he tees it up, Bryson DeChambeau. So, if the dominance is going to continue, there are plenty of candidates to make it happen.

For some reason, The Open Championship has seen more repeat champs than any other major. Some of that can be attributed to its longer history. But even in the Masters era (1934-present), its had more than any other major. Still, it’s rare. Should Spieth win, he’d become just the 17th man to win consecutive British Opens, and only the seventh to do so in the Masters era. It would also be a nice way for Spieth to get what’s been a rather disappointing season on track. Spieth claimed at least two wins a year from 2015-2017. He enters Carnoustie winless. So, a victory would serve multiple purposes for Spieth. 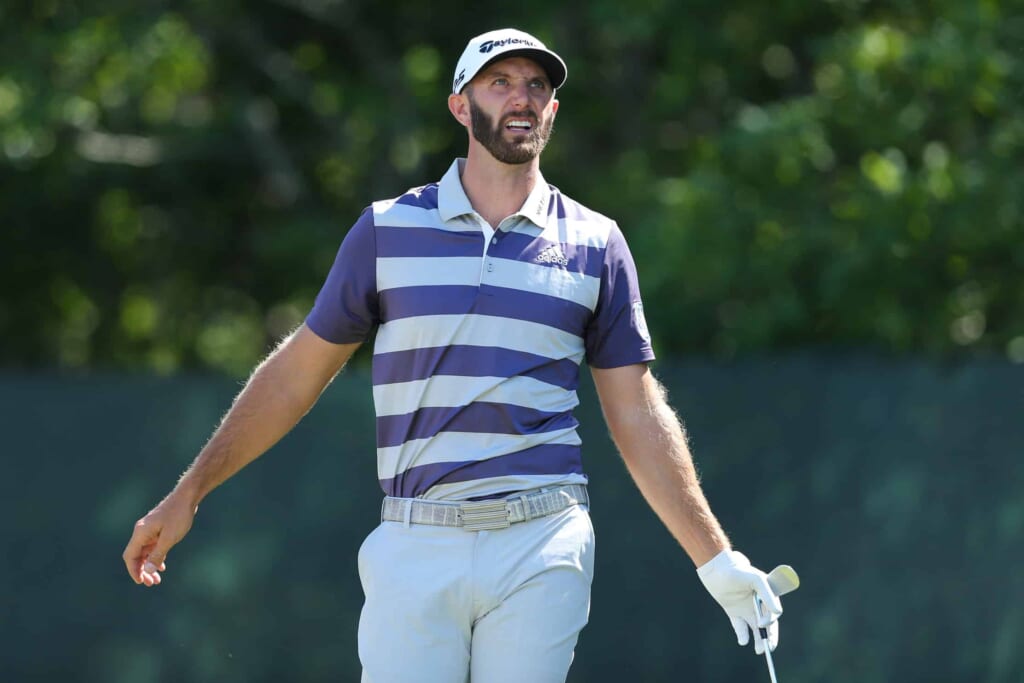 It’s not that DJ’s U.S. Open was terrible. But he started great and headed into the weekend at Shinnecock Hills with a four-shot lead, then shot a 77 on Saturday and 70 on Sunday to finish third. That’s certainly not what you expect from the No. 1 player in the world. While the links style wouldn’t seem up Johnson’s alley, he’s posted three top-10 finishes at the British Open before. Certainly, breaking through for his first Open Championship win and second major overall would be a good way to shake off what happened at the U.S. Open.

Rose will be one of the more experienced players at Carnoustie in the field. He teed it up at the British Open in both 1999 (missed cut) and 2007 (T-12). Overall, the Open hasn’t been an especially kind tournament to Rose over the years. He had the memorable T-4 as an amateur in 1998 but has only finished in the top 10 once. The two total top-10 finishes are Rose’s fewest at any major. He’s coming in hot, having won in Fort Worth in May and posting three other top-10s in the meantime. We certainly wouldn’t bet against him at least being a factor on Sunday.

One would be hard pressed to find a golfer playing better over the summer than Molinari. Since missing the cut at THE PLAYERS Championship, Molinari has teed it up in five official events. In that stretch, his worst finish (by far) was T-25. Molinari also has two second-place finishes and two wins over that period, elevating himself 18 spots in the World Golf Rankings in the process. Those are certainly the kind of good vibes that someone wants to have heading into a major.

6. Another major, another first-time major winner?

While our most recent major was a break from this, the overall trend of majors for a while has been favorable to first-time winners. Ten of the last 11 majors have been won by different men. Nine of those titles were claimed by first-time winners. The top-30 features  Jon Rahm, Rickie Fowler, Tommy Fleetwood, Alex Noren, Paul Casey, Molinari, Hideki Matsuyama, Marc Leishman, DeChambeau, Tyrrell Hatton, Schauffele, Rafael Cabrera Bello, Brian Harman, Matt Kuchar, Patrick Cantlay, Ian Poulter, and Kiradech Aphibarnrat. So, there’s no shortage of candidates this year. 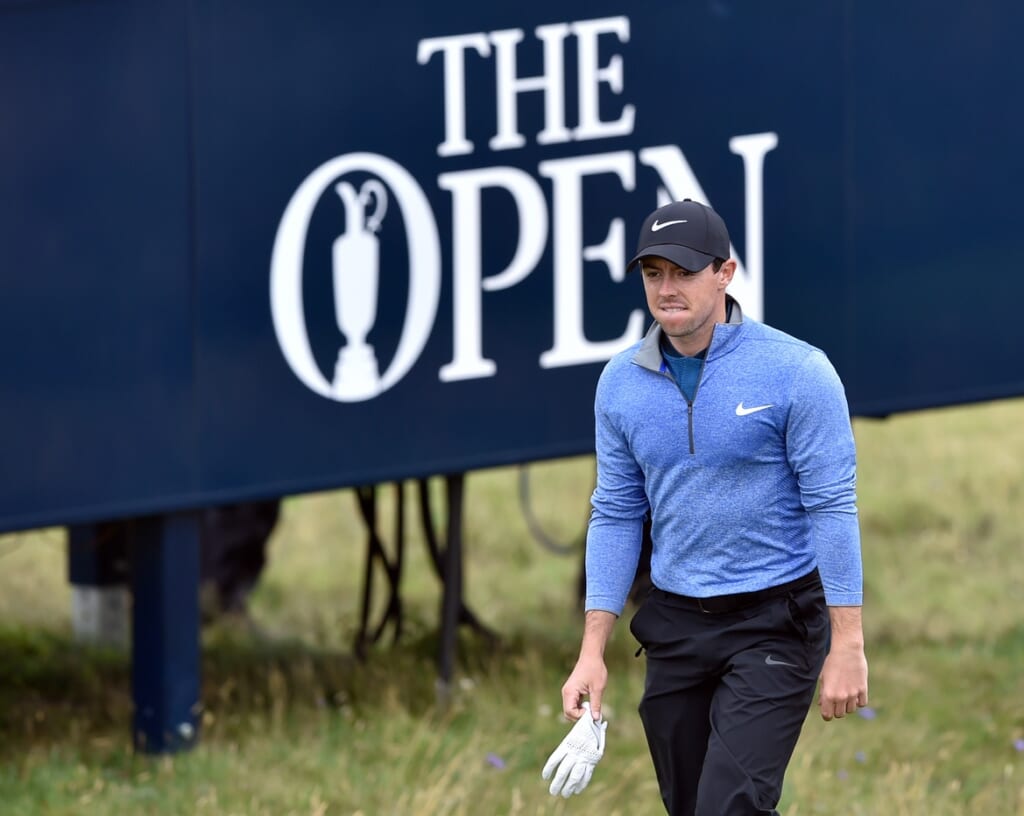 McIlroy’s first ever Open at Carnoustie came back in 2007. He finished T-42 and won the low amateur. In 2018, he’ll be looking to upgrade to the Claret Jug. He heads into The Open Championship having something of a hit-or-miss season. He’s missed four cuts, including at the U.S. Open. On the other hand, McIlroy has also notched a win, two second-place finishes, and three other top-10s. Additionally, McIlroy’s last three British Opens have resulted in a win, a T-5, and a T-4. While McIlroy’s high ball-flight might seem to make him vulnerable to links golf, he’s clearly comfortable with the style.

8. Is Justin Thomas coming in under-the-radar?

Thomas was the PGA Tour’s Player of the Year in 2017. While it may not seem like it, he’s actually having a better year to this point in 2018 than he had a year ago. Thomas does have only one win (one fewer than he had at this time last year), but he also has a runner-up and four other top-10 finishes. More notable is that Thomas hasn’t missed a single cut this year. His last missed cut actually came at the Open last year. Thomas may not win the Claret Jug this weekend. But we’re certainly expecting him to be in the mix.

While the last two Opens contested at Carnoustie had similar finishes (more on that later), the overall tournaments couldn’t have been much different. In 1999, van de Velde, Justin Leonard, and eventual champ Paul Lawrie got into a playoff at six-over. So, even if van de Velde had birdied the last hole and won, the winning score would have been two-over. In 2007, Harrington and Garcia were each at seven-under heading into the playoff. Or, to put it another way, the winning scores were 13 shots apart. As is so often the case in the Open, the winds and rains will have everything to do with what kind of scores we see.

10. Jason Day attempts to find touch at The Open Championship 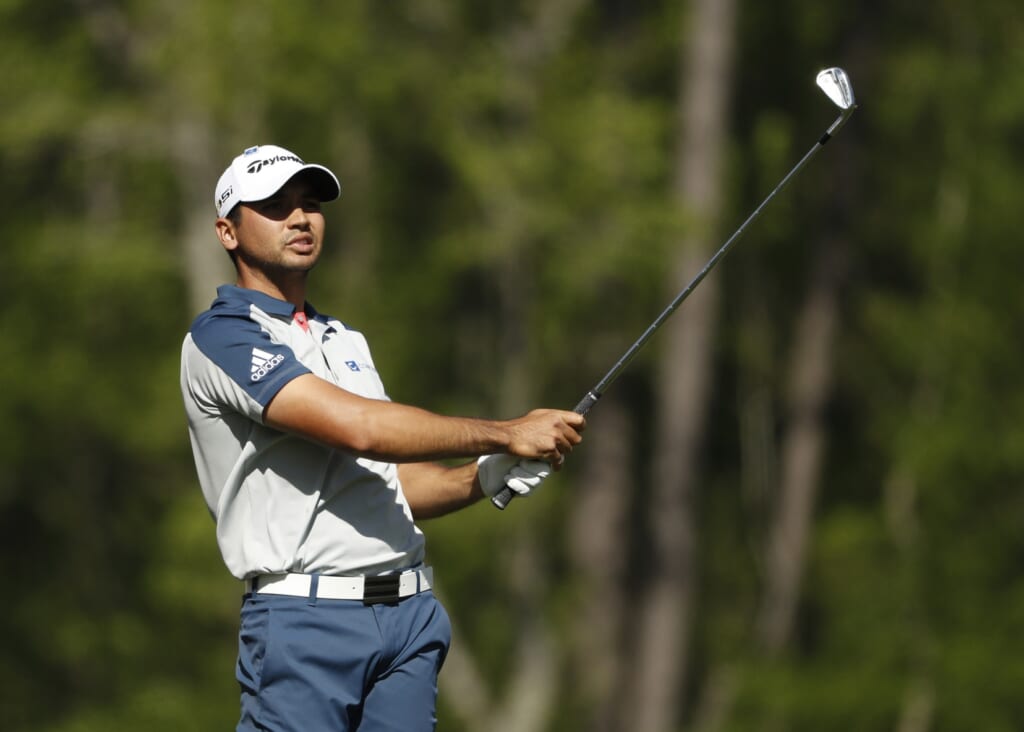 By and large, the British Open hasn’t gone that well for Day. He did finish T-4 and only one shot out of the three-man playoff in 2015. But that was his only top 10 and one of only two top-25 finishes for Day at this event. For reference, he has no fewer than three top-10s and five top-25s at any of the other three majors. Day heads to Carnoustie with two wins, a second-place finish, another top 10, and only one missed cut in 2018. So, this is a pretty good year for him to find some Open Championship mojo.

Imagine Ted Potter Jr. repeating at the AT&T Pebble Beach Pro-Am in 2019. By the time the U.S. Open teed it off at Pebble Beach in June, it would be awfully hard to overlook him, right? There will be bigger known players, but neglecting a guy who won each of the last two regular tour stops at that venue would be impossible. That’s essentially the situation Hatton is in. Carnoustie is one of the three courses that hosts the annual Alfred Dunhill Links Championship, and Hatton has won it two years in a row. That’s certainly good experience to have heading into The Open Championship.

While Reed gave a valiant effort at the U.S. Open, he couldn’t quite back up his victory at Augusta. So, there will be no grand slam winner. But both Reed and Koepka, the U.S. Open champ, have a chance to make history. We’ve seen a man win multiple majors in a season on only 32 different occasions. In fact, the group of people who’ve won multiple majors in a season is even smaller. Should Reed or Koepka win, they’d be only the 20th man to claim two (or more) majors in one year. That would quite an exclusive fraternity for either man to join. 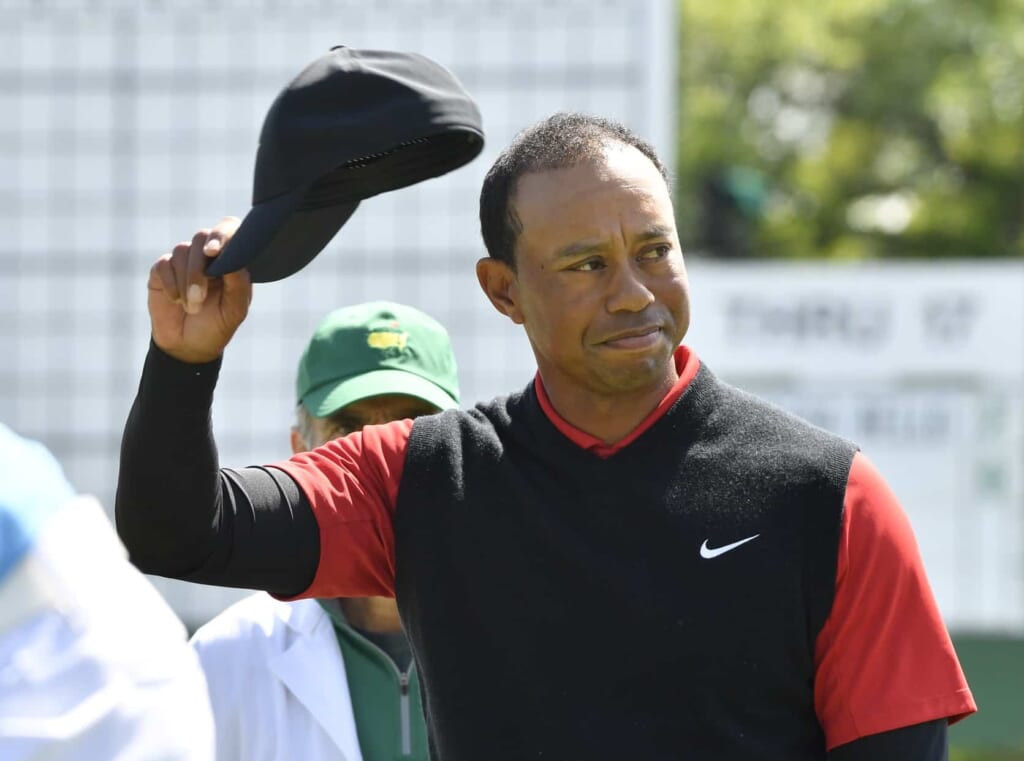 Tiger is one of the few in the field to have teed it up at Carnoustie each of the last two times the Open went there. He finished T-7 in 1999 and T-12 in 2007. So, the history isn’t bad. As far as 2018 goes, it’s hard to call this season anything but a success. He’s come back and played very well after effectively missing two years. Still, two things are missing. One, Woods hasn’t won yet. Two, he hasn’t played well in a major, finishing T-32 at the Masters and missing the cut at the U.S. Open. He can theoretically break both funks at Carnoustie.

Who can forget Jean van de Velde’s 1999 meltdown at the 18th? He needed only a double-bogey to win, but ended up having to grind out a triple-bogey just to reach a playoff (which he lost). Eight years later, a one-shot lead turned into a one-shot deficit for Padraig Harrigton, when he doubled. Harrington found his way into a playoff (which he won) when Sergio Garcia bogeyed the same hole. It’s a near 500-yard par-four with unforgiving rough and of course, the Barry Burn. No Open venue matches the prestige of Old Course at St Andrews. But thanks to the 18th, Carnoustie’s are frequently the most interesting.