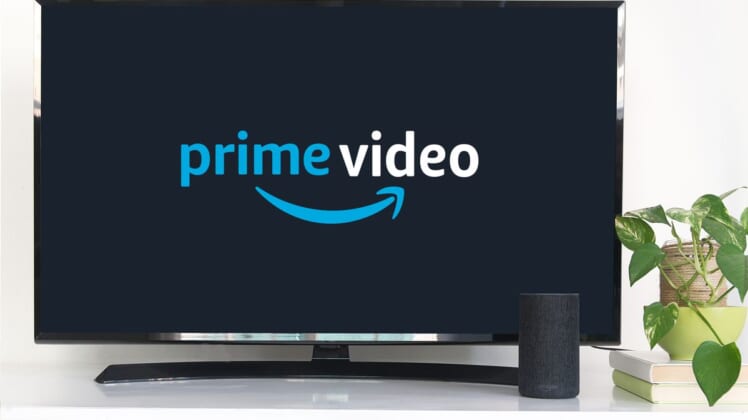 With MLB, MLS, and NASCAR in full swing, the best days end with live sports. But when there’s nothing to watch from your favorite teams, passing the time can feel like an eternity. Luckily, there are other ways to watch your favorite sports while waiting for game day — and that’s with sports documentaries.

Usually saved for the off-season, sports documentaries have been coming off the bench to take center stage, with good reason. These top Amazon Prime sports movies are sure to please with powerful comebacks, exclusive behind-the-scenes footage, and unique takes on some of the world’s most well-known sports (and players). While nothing can replace live streaming your favorite games, these documentaries are worth a watch, particularly perfect for killing time while you wait for your favorite team to take the field or court.

‘Take the Ball, Pass the Ball’

“Take the Ball, Pass the Ball,” based on the book “Barca: The Making of the Greatest Football Team of All Time,” follows the success of Barcelona FC from 2008 to 2012 when they took home a whopping 14 trophies under coach Josep ‘Pep’ Guardiola. The documentary includes interviews with star players like Thierry Henry, Lionel Messi, and Andres Iniesta, as well as behind-the-scenes footage of one of Europe’s most successful teams.

But “Take the Ball, Pass the Ball” isn’t your average football documentary. Instead, it portrays the beauty of the sport, pays tribute to the players who truly earned it, and uncovers truths about what it takes to be successful. If you’re a football fan that wants an in-depth look into the famed era of Pep Guardiola, this is a must-watch.

“Senna” is a BAFTA-award-winning documentary that explores the life of Formula 1 driver Ayrton Senna. The documentary takes an intimate look into Senna’s success on the racetrack and his humble life outside of it. Throughout the film, you’ll see a variety of personal accounts from the driver’s closest friends and family to learn what made him a true star of Formula 1.

Ayrton Senna’s captivating yet chilling story will move car racing fans, leaving them to ponder the unanswered questions left by his untimely death on the track.

The fastball is the ultimate weapon in baseball, often traveling over 100 mph. Without world-class coordination and timing, you’d be hard-pressed to see the ball, let alone hit a home run. In “Fastball,” you’ll get an in-depth look at the history, science, and psychology of the fastball.

Filled with famed fastballers, such as Rich “Goose” Gossage, Bob Gibson, and Walter Johnson, fans of America’s favorite pastime can learn all the details imaginable about history’s all-time fastest pitch.

“Dan Carter: A Perfect 10” focuses on the challenging road that Carter faced with the All Blacks New Zealand rugby team as he forged his way into international stardom.

The film dives into Carter’s life, sharing intimate details about his career from the perspective of his wife, friends, and family, such as Jonny Wilkinson, Kobe Steelers, teammate Adam Ashley-Cooper, Steve Hansen, Beauden Barrett, and Dan’s father, Neville Carter, among others. For rugby fans looking for an in-depth look into Carter’s life and career, this documentary is a powerful example of what it takes to dream big.

With “The Hand of God” used to describe Diego Maradona’s seemingly unearthly goal, the film follows Maradona’s life through archive footage and interviews with close friends. The documentary paints a compelling picture of Maradona’s life: As his career started to pique, his personal life began to crumble around him.

This brilliant HBO Original delivers a heartbreaking and accurate portrayal of Maradona as a deeply troubled man. The film retraces Maradona’s success, from global acclaim to alcoholism and everything in between. This documentary will surely intrigue football fans looking to learn the truth about one of the most gifted athletes of all time.

Andy Murray is known as one of Britain’s greatest tennis players of all time. “Andy Murray: Resurfacing” gives viewers an inspirational look at what it takes to become a professional sportsman — especially when faced with the obstacles of a serious injury. The film follows the tennis star’s 18-month journey through surgery, rehab, and triumph as he returns to the court, despite many believing it would be the end of his career.

“Andy Murray: Resurfacing” highlights the difficulties that pro athletes confront, such as injuries. By walking viewers through Murray’s long, emotional journey, this documentary portrays the risks and consequences that professional athletes face. Sports lovers can benefit from this inspiring story about overcoming obstacles no matter what gets in the way.

“Mr. Calzaghe” portrays the story of Wales Boxing legend Joe Calzaghe from a humble, bullied kid in the small village of Newbridge to the undefeated Super Middleweight and Light Heavyweight Champion of the World. The film provides an in-depth look into what it takes to be the best in one of the toughest sports known to man.

With appearances from stars such as Chris Eubank and Michael J. Fox, this remarkable documentary encourages people of all ages, interests, and walks of life to consider their ambitions on a deeper level. After watching “Mr. Calzaghe,” viewers will be inspired to decide what they truly want and forge the path to get there — no matter what adversities get in the way.

This documentary gives us the ultimate zero-to-hero story with one of mixed martial arts’ most gifted students — Conor McGregor. This inspiring story shows how McGregor rose from a humble upbringing to becoming the highest-paid UFC fighter in history and a two-division UFC Champion.

McGregor proves time and time again that despite what naysayers may believe, he can and will achieve what he set out to do. Whether it’s fighting for UFC championships, running his own Whiskey brand, or taking on the greatest boxer of the modern era, McGregor pours his heart and soul into it all. UFC fans will enjoy an in-depth look into this UFC legend and walk away with a newfound appreciation for the sacrifices that come with stardom and fame.

Whether you’re waiting to live stream the next game or just looking for some extra sports entertainment, Amazon Prime Video has it all. You can stream these top Amazon sports documentaries from your favorite mobile devices, including iPhones, Androids, Fire TV, Roku, PlayStation, Xbox, or any other device with access to Amazon Prime Video’s website. These top documentaries will give you a new outlook on life, sports, and what it takes to become the best of the best.