Fantasy hockey picks: The top 6 to watch and skip 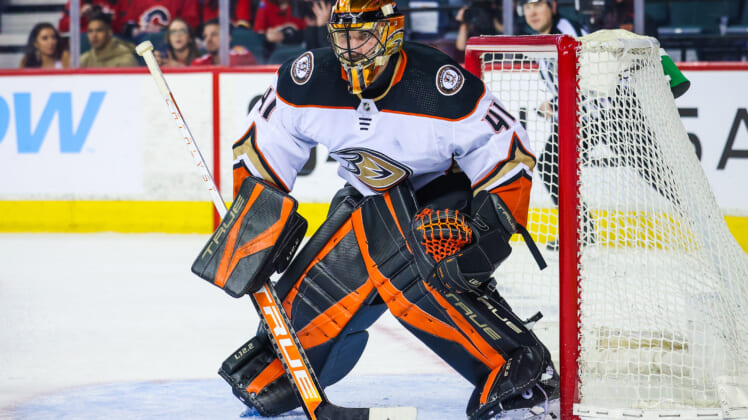 If you’re looking for fantasy hockey tips for the games ahead, you have come to the right place.

As the 2021-22 NHL season rolls on, fantasy hockey leagues are underway, with many looking to make the right moves to improve in the standings. Checking spreadsheets, comparing stats and deciding how to build a lineup comes with challenges and hiccups, especially with news that key players are out with injuries.

While there are surprises in every season, each competitor puts forth their best effort to pick the surefire winners, who put up points across all categories. More than that, though, deciding who to skip can be equally as valuable, dodging the spectacular failures that result in goose eggs across categories and cost precious victories.

Check out our list of which players to pick–and skip–in fantasy hockey below.

The Islanders may not be in a playoff spot, but Palmieri is finally playing like the Islanders hoped he would. After a tough first half of the season, the American forward is on a tear, with four goals in his last seven games.

Now, with an increased offensive role on his team again, Palmieri is an attractive fantasy hockey sleeper pick, and he virtually always takes multiple shots on net. The Islanders are finally showing signs of life (though it is probably too little too late), and Kyle Palmieri is the beneficiary.

The young blueliner saw an opportunity, and he took it. After being traded from a non-playoff team (the Anaheim Ducks) to a consistent post-season contender in the Boston Bruins, and will likely flourish being paired with Jake DeBrusk. He’s suddenly a lot more attractive for fantasy hockey managers, on a team that can help him carry a consistently positive +/- rating and allow him to take shots from the blue line while still playing his big defensive game.

Also on a new team, Marc-Andrew Fleury will take off with a solid defense in front of him, especially considering he’s now on a team engaged in a tight battle for a playoff spot. They’ll certainly score more goals and win more games than the Chicago Blackhawks, so Fleury has a solid chance to improve on his already decent 2.95 goals against average and .908 save percentage.

The thing about Fleury is that he’s a late-season star, so now is his time to heat up, making him a worthy pickup for fantasy hockey managers. 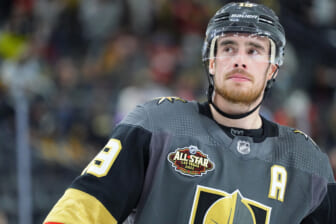 As the Golden Knights struggle with injuries this season, Stephenson seems to be seeing steaks of nothingness point-wise. The injury to Mark Stone seems to have affected the Knights’ offense, and Stephenson will often put up points for a few games and then retreat to virtually nothing across the scoreboard for a stretch. It’s a tough bet for fantasy hockey managers, who may cling to some hope that the Knights can power to a playoff spot in the weak Pacific division.

Stephenson has 46 points in 63 games, which is far from awful, but most of those were early on in the season, as he has just one in his last five and four in his last ten. On a team with as many injuries as the Knights have, Stephenson is suffering, making him a fantasy hockey skip.

Though Lauzon is a welcome addition to the Preds lineup–and will definitely see more wins than he did in Seattle–he’s a physical player with virtually no offense. In Nashville, he’ll slot into a bottom four role, and likely see a significant decrease in ice time. He’s in Nashville for his physical style of play, which they’ll need as they hope to make a playoff run. His 183 hits are certainly attractive for a playoff push but, for fantasy hockey managers, the rest of his game–including just six points in 55 games–doesn’t make a player with only one (secondary scoring, no less) specialty worth rostering.

At the trade deadline, the Oilers couldn’t seem to solve their goaltending woes. They’ll have to stick it out with their Mike Smith and Mikko Koskinen tandem, but having Koskinen in net means they’ll need to rely on Connor McDavid and Leon Draisaitl to score big goals. The netminder is struggling again this season, with a 3.07 goals against average and a .903 save percentage. That’s not good enough for fantasy hockey managers, who should look for consistency despite a struggling goaltending pool.

He had a four-game win streak but, in his last two wins, had less than a .900 save percentage and let in at least three goals in both contests. Fantasy hockey managers should be wary.