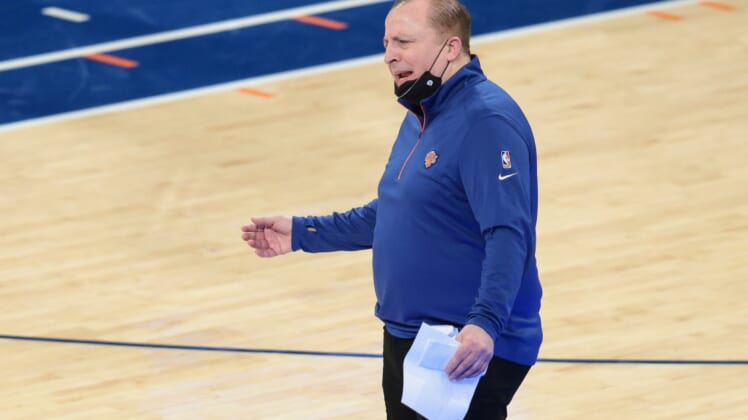 Tom Thibodeau and the New York Knicks are coming off a tremendous 2020-21 season that just came to a culmination in a first-round loss to the Atlanta Hawks in the NBA Playoffs.

Said early exit does not discount what Thibodeau and the Knicks were able to accomplish. They finished the regular season with a 41-31 record and as the fourth seed in the Eastern Conference.

This represented New York’s best performance since all the way back in 2012-13. It has now resulted in Tom Thibodeau winning the NBA Coach of the Year award over other top-end contenders in Monty Williams of the Phoenix Suns and Quin Snyder of the Utah Jazz.

NBA Coach of the Year voting: Tom Thibodeau comes out ahead

As you can tell, it was a two-man race between Thibs and Williams. Both were well deserving of winning NBA Coach of the Year after leading their long-downtrodden organizations to amazing regular seasons.

As for Tom Thibodeau, this is his second coach of the year award. The veteran previously won the top individual honor when he was manning the bench for the Chicago Bulls back in 2010-11.