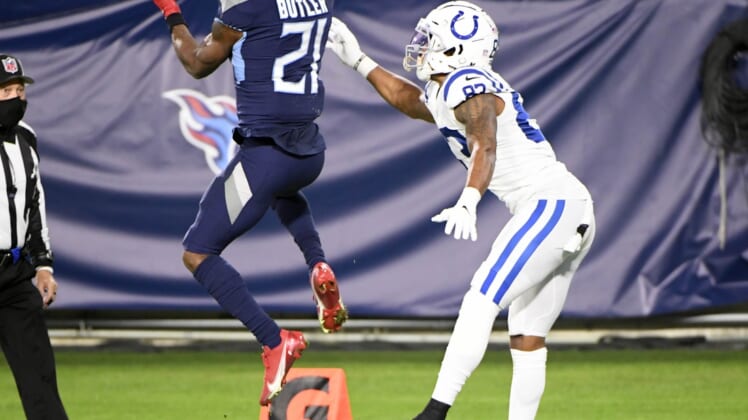 According to Spotrac.com, the move saves the Titans $10.2 million in salary-cap space.

He appeared in 41 games for Tennessee, making 36 starts, and he recorded nine interceptions, one sack and one forced fumble. In 2020, Butler started all 16 games and had a career-high-tying four interceptions.

Butler began his career by playing for the New England Patriots from 2014-17 after joining the NFL as an undrafted player out of West Alabama. He gained fame by making one of the most famous plays in Super Bowl history as a rookie, when he intercepted a pass by the Seattle Seahawks’ Russell Wilson at the goal line in the final seconds to seal New England’s 28-24 win on Feb. 1, 2015.

Butler made his only Pro Bowl team the following season.