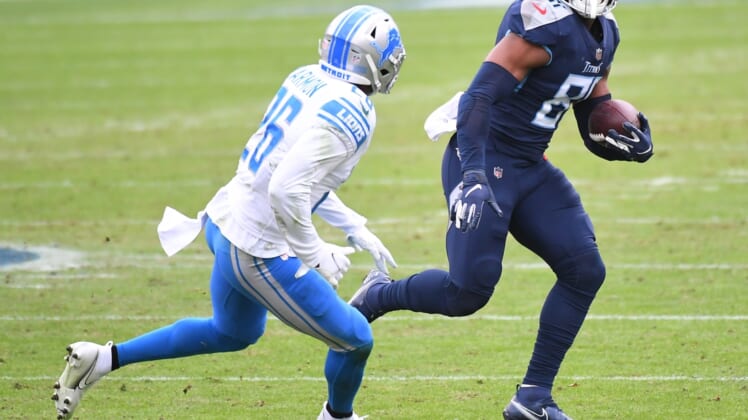 Agholor landed a two-year, $26 million deal, according to ESPN.

Smith has 114 receptions for 1,302 yards with 16 touchdowns in 60 career games with the Titans, who selected him in the third round of the 2017 NFL Draft.

The Patriots squeezed very little out of their tight ends in the passing game last season. Ryan Izzo recorded 13 receptions for 199 yards, Devin Asiasi had two catches for 39 yards and a touchdown and Dalton Keene added three grabs for 16 yards.

Agholor, 27, logged 48 catches for 896 yards and eight touchdowns in his lone season with the Raiders, playing all 16 games and making 13 starts. He spent the previous five seasons with the Eagles and was part of Philadelphia’s Super Bowl-winning squad in 2017-18.