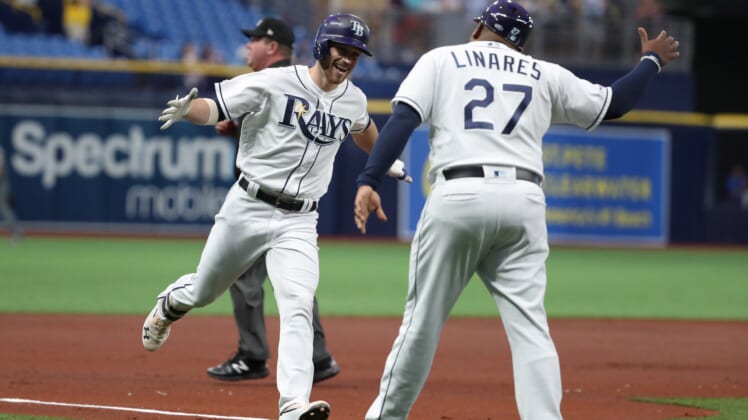 If you’ve hit the snooze button on the first 35 or so games and you’ve based most of your assumptions on last year, here’s the only thing you really need to know: in a division with the defending World Champion Boston Red Sox and the power-hitting New York Yankees, the Tampa Bay Rays lead the pack.

This MLB season is already aging rapidly. The pretenders and contenders in each division are starting to separate, and perhaps the most surprising development so far is how the American League East is shaking out.

Not only do the small-market Rays lead their own division, but they’re also pacing the entire league in winning percentage thus far.

It’s perplexing and ridiculous and borders on insanity: The Rays, with their Opening Day payroll sitting just over $49 million — the lowest in the league by $20 million — lead the mighty New York Yankees and their $177 million payroll in the race for the AL East.

The Existential Question: How are the Rays better than the Yankees?

Where it starts: Each team’s rotation paints a picture

Rookie of the Year: Tampa’s first-year second baseman is making his mark.

No name, no problem: Star power isn’t a requirement.

Final thoughts: Putting a bow on this thing.

Right now, the Tampa Bay Rays are the best team in the league. Perhaps they’ll stay that way.