The Seattle Seahawks are ready for the 2021 NFL season to begin and if Jamal Adams doesn’t accept their latest contract offer, a dispute between the two sides could last into next offseason.

Seattle traded two first-round picks to the New York Jets for Adams in 2020, paying a hefty price for the All-Pro safety. In his first season with the team, Adams played extremely well and the two sides hoped to sign a long-term deal before entering the final contract year.

But negotiations between the two sides have hit a wall. Seattle’s front office already believed it stretched itself financially but the star defender wasn’t pleased with the offers. Now, with Week 1 closing in, things could be at a tipping point. 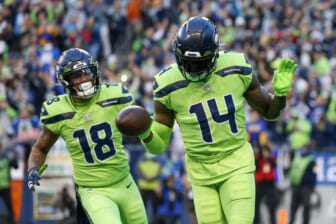 According to The Seattle Times’ Adam Jude and Bob Condotta, the Seahawks have submitted their final offers to Adams. If he doesn’t accept, the franchise isn’t willing to go any further, Of note, Adams hasn’t said he won’t play until a new deal is signed.

Will the Seahawks sign Jamal Adams to a contract extension?

Seattle knew coming into negotiations that one of the best players in the NFL had leverage over the franchise. When an organization trades multiple first-round picks for a star who is nearing a new contract, he gains negotiating power.

The Seahawks are reportedly willing to make him the highest-paid safety in the NFL. In the team’s final offer, Adams could earn $17.5 million per season in annual salary over four seasons, also receiving $38 million guaranteed.

There’s a specific reason Seattle reportedly isn’t willing to increase its offer. Star linebacker Bobby Wagner, the heart of the team and a leader in the locker room for years, makes $18 million per season. According to Jude and Condotta, Seattle doesn’t want Wagner to make less than Adams.

The Seattle Times previously reported that Russell Wilson is willing to adjust his contract in an effort to create more flexibility for Adams to get a new deal. One other detail, Seattle reportedly is holding off on serious talks with left tackle Duane Brown until there’s a resolution with Adams. 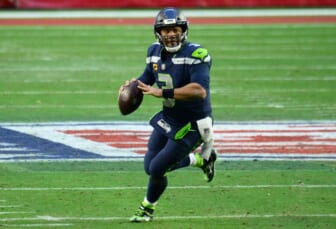 Seattle does hold the franchise tag in its back pocket. A top free agent in 2022, Adams would likely receive the exclusive franchise tag at a projected $12.4 million. If the two sides still couldn’t agree to a long-term deal, he’d be eligible for the tag again at a cost of approximately $15 million.

But that drives a bigger rift between this franchise and one of its top players. Considering the offseason drama with Wilson and the new contract problems with Brown, the Seahawks will need to figure something out or things could get ugly.