San Francisco Giants are reportedly top competitor for Aaron Judge in free agency: What a contract might look like 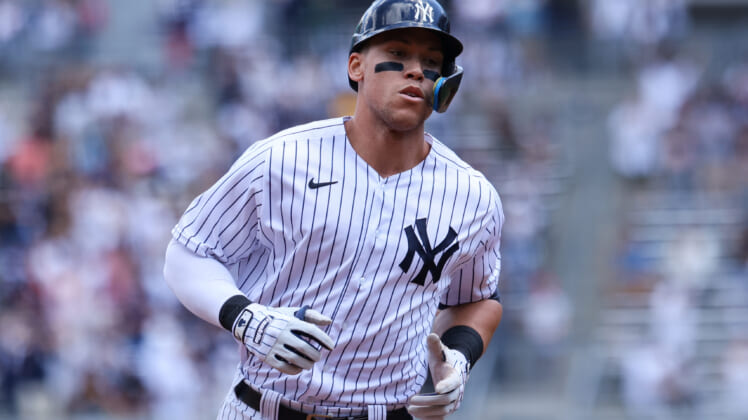 The New York Yankees are reportedly expecting the San Francisco Giants to be their primary competitor for superstar slugger Aaron Judge when he hits the free-agent market this winter.

When the Yankees and Judge could not agree to a contract extension ahead of the 2022 season, some rival teams around MLB were surely licking their chops in excitement for the opportunity to sway the talented outfielder to their town.

The most likely result of this situation would be a Judge returning to the Bronx in 2023. However, with the team off to a torrid start and Judge having an MVP caliber season, organizations around the league are likely even more willing to mortgage everything to land the 30-year-old powerhouse.

One team the Yankees seem to be most concerned about is the San Francisco Giants. On a Wednesday edition of “The Show: A NY Post podcast with Joel Sherman & Jon Heyman,” MLB insider Jon Heyman revealed that New York views the Giants as the team to beat in the fight for Judge in free agency. The league leader in home runs is a native of Linden, California and the draw of returning to his home state for big money could be influential.

What would an Aaron Judge contract with the San Francisco Giants or New York Yankees look like?

However, the question is, how much will it take to secure Judge’s immense talents for next summer? When extension talks failed in the spring, Judge reportedly wanted money similar to four-time American League MVP Mike Trout. Trout is set to make $35.4 million annually until 2030. The Yankees allegedly offered a deal of around $30.5 million per year for six seasons.

On the podcast, Heyman suggested the Yankees will now have to give Judge the per year amount he originally wanted due to his unbelievable play this season.

“I would just throw in the towel and give him the $36 million,” Heyman said. “I’d add seven years … I’d make that offer and see how that goes. At this point, it’s really hard to argue that he should get less than $36 million. They’ve already paid [Gerrit] Cole $36 million. He’s a free agent to be. He is the biggest star on the team … arguably the biggest star in the sport at the moment. To me, he should be paid the highest for a position player.” 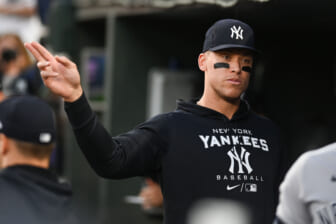 In 2019, the Los Angeles Angels gave Trout a historic 12-year, $426 million deal. Obviously, at 30 the Yankees are not going to give Judge a deal for 10 or more years. However, they have the money to give him elite dollars annually. Chances are a seven or eight-year deal for $36 million pers season, which would equal between $252 and $288, is what it would take for the Yankees or even the Giants to have Judge next season.