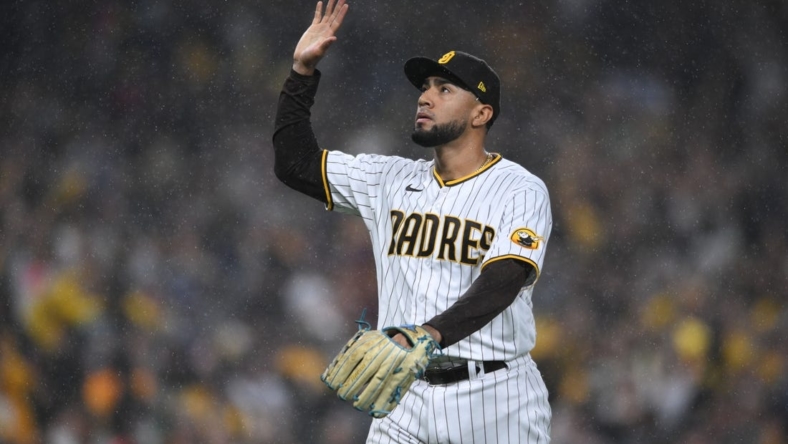 Per MLB Network, the deal is worth $46 million with an opt-out clause after the third year.

Suarez made his Major League Baseball debut in April and appeared in 45 games, going 5-1 with a 2.27 ERA and one save. He threw 61 strikeouts and allowed 21 walks.

He also helped the Padres during their postseason run. Suarez appeared in seven games and did not allow a run over the first five appearances, across six innings. He took the loss in the Philadelphia Phillies’ Game 5 victory in the National League Championship Series, giving up Bryce Harper’s go-ahead two-run home run.

Earlier Thursday, Suarez declined his player option for 2023, opening the lane for a new deal.