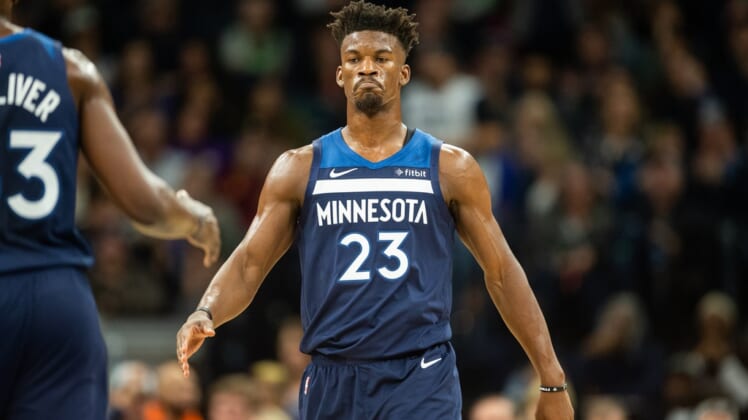 The Houston Rockets have been in on the Jimmy Butler sweepstakes since the Minnesota Timberwolves star requested a trade last month.

Unfortunately for the Rockets, it didn’t seem like they had the veteran assets to pull off a trade of this ilk. Whether that’s changed remains to be seen.

But the team is reportedly renewing its chase for Butler, offering up a package that includes four future first-round picks.

This package would also likely include guard Eric Gordon, among other veteran assets. Needless to say, Rockets GM Daryl Morey is doing everything in an attempt to unseat the Golden State Warriors out west.

One of the major hiccups here is that Minnesota doesn’t want to trade Butler to another Western Conference team. The Miami Heat had mostly been linked to the All-Star wing up until recently. And there doesn’t seem to be a huge market for his services.

Obviously unhappy with the Wolves’ current direction, Butler is set to become a free agent following the 2018-19 season. Any team trading for him would face the risk of losing him for nothing next summer.