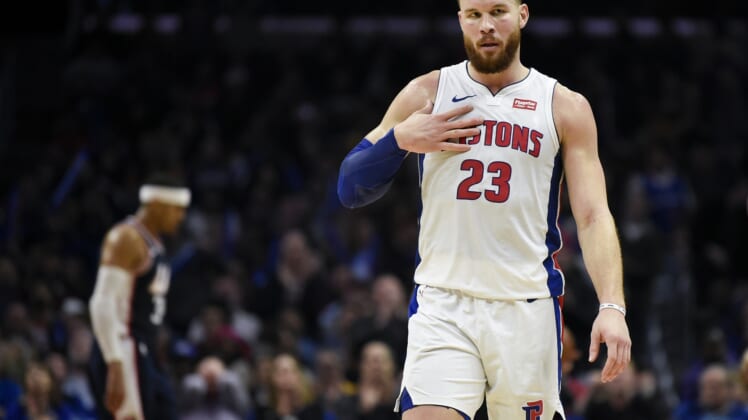 The Detroit Pistons have received some good news on the Blake Griffin injury front.

After missing the team’s first nine games this season, the All-Star forward has been cleared for all basketball activities. According to Shams Charania of The Athletic, Griffin is now considered day-to-day.

Griffin underwent off-season knee surgery and has been dealing with a hamstring issue. He’s seemingly been close to a return for some time now, but had yet to be cleared by the Pistons’ medical staff. That’s now changed.

There’s a good chance Griffin will be on the court when Detroit takes on Indiana Friday.

Detroit sits at just 4-5 on the season and has missed Griffin’s skillset on offense in a big way. The team ranks 20th in the NBA in scoring.