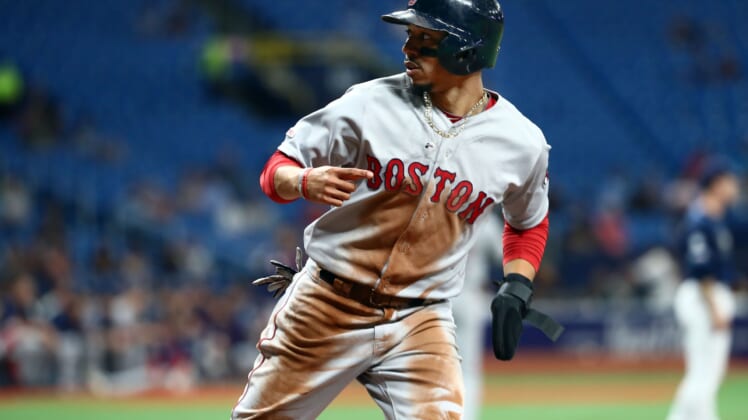 Neither the San Diego Padres nor the Boston Red Sox have been too active this winter. San Diego entered the offseason with hopes of adding another top-end player after signing Manny Machado ahead of the 2019 season.

As it relates to Boston, we already know the team is looking to shed payroll. That includes moving former AL MVP Mookie Betts and ace pitcher David Price.

Something could soon come to fruition on this end. According to Dennis Lin of The Athletic, the two sides have discussed a trade that would send Betts to San Diego.

“Recent talks between the teams have focused on sending a significant amount of prospect talent and outfielder Wil Myers to Boston,” the report read.

Lin did note that insiders believe that a trade is unlikely and they expect Betts to be in a Red Sox uniform for the start of Spring Training next month.

Even then, the fact that talks are not dormant is rather interesting. Betts, 27, agreed on a $27 million salary for the 2020 season after avoiding arbitration with Boston earlier this winter.