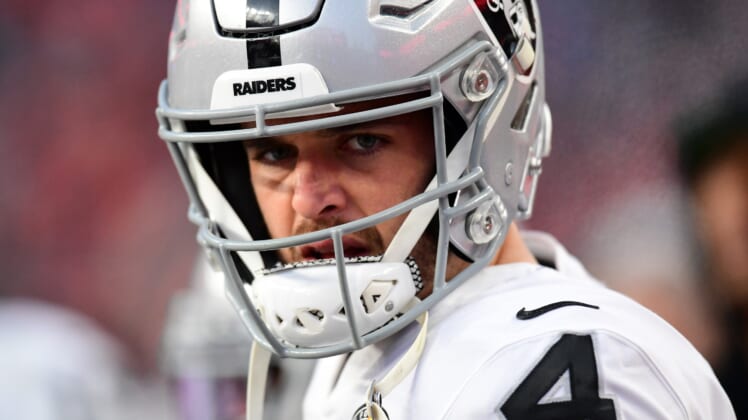 As the Las Vegas Raiders begin their offseason search for a new quarterback to lead the team in their new stadium, other NFL teams are reportedly already preparing to make a run at acquiring Derek Carr.

According to the Las Vegas Review-Journal’s Vincent Bonsignore, multiple NFL teams will head to Indianapolis for the NFL Scouting Combine with their eye on engaging in preliminary trade discussions for Carr.

The Raiders have reportedly been planning to move on from Carr since the offseason began. Whether it’s Jon Gruden’s interest in giving Tom Brady a $60 million contract or exploring another top option in free agency, a new quarterback will likely be under center for the Raiders in 2020.

While specific teams interested in Carr weren’t disclosed, we’ve highlighted a few teams that make sense for a trade. The 28-year-old is under contract for the next three seasons and is coming off a strong season with a 21-8 TD-INT ratio and a 100.8 quarterback rating.

If the price is right to take Carr off Gruden’s hands, he could be the perfect option for Chicago Bears or Indianapolis Colts. One thing is for certain, the NFL’s quarterback carousel will be busy this offseason.