Report: Market for Tom Brady down to Chargers, Patriots, Buccaneers 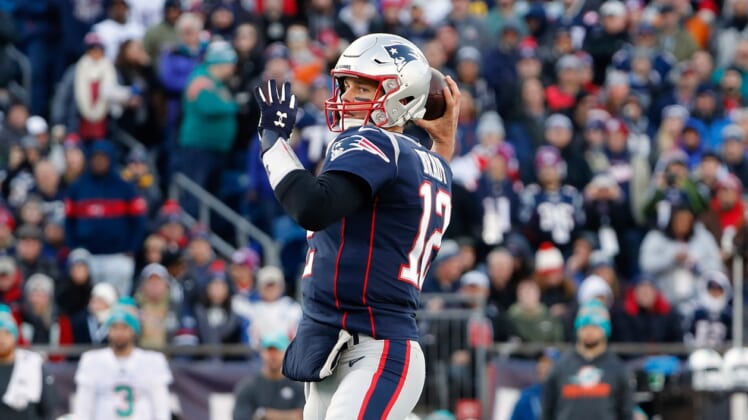 The NFL’s legal tampering window has opened and with Tom Brady set to hit free agency, the Tampa Bay Buccaneers, New England Patriots and Los Angeles Chargers are all after him.

According to NFL.com’s Ian Rapoport, the Chargers and Buccaneers are expected to inquire about Brady with the league’s tampering window now open. Meanwhile, the Patriots remain in contact with him and want to bring him back.

The Buccaneers’ interest in signing Brady has been reported increasingly more often in recent weeks. They are reportedly willing to offer him whatever he wants to come to Tampa Bay, including input on the roster, with Bruce Arians viewing Brady as the perfect upgrade to Jameis Winston.

The Chargers have long been expected to make a push for Brady. Beyond the fit for his family in Los Angeles, the Chargers also boast a strong supporting cast of weapons that would make for an ideal landing spot.

While talks between Brady and the Patriots on a new deal haven’t gone well in recent weeks, he always remained in the team’s interests. Now with the Tennessee Titans out on Brady, his options have narrowed.

Brady is reportedly expected to choose between the Buccaneers and Patriots. But three teams are reportedly still involved right now and it might not be too long before the NFL’s biggest offseason domino falls.