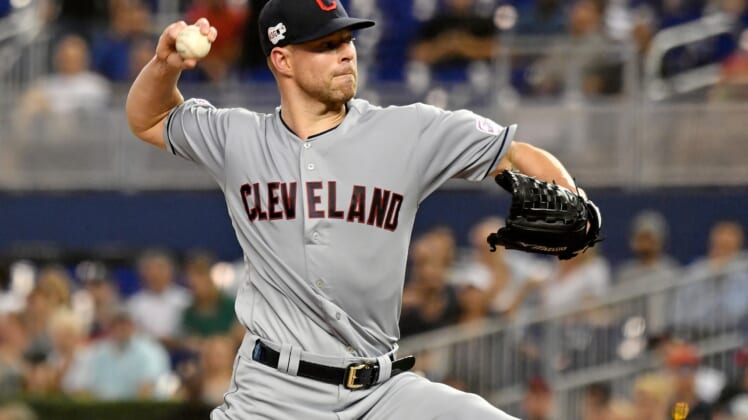 After striking out on top free agents early this winter, the Texas Rangers have reportedly struck a deal to acquire Cleveland Indians starting pitcher Corey Kluber.

According to MLB Network’s Jon Heyman, Texas and Cleveland have agreed to a deal sending the two-time Cy Young Award winner to the Rangers, pending a physical. The Athletic’s Ken Rosenthal first reported sides were near an agreement.

Kluber experienced a disastrous 2019 season in Cleveland. After recording a 6.75 ERA across five starts in April, he suffered a right ulna fracture that kept him out for months. Just when he was on the verge of returning, he suffered a season-ending oblique injury in a rehab start.

According to Rosenthal, Kluber’s deal includes an $18 million club option that converts into a vesting option that makes the deal guaranteed if he pitches 160 innings and avoids a trip to the injured list. He will also reportedly be owed a $1 million bonus for being traded.