Report: Three NFL GMs say they would not trade for Aqib Talib 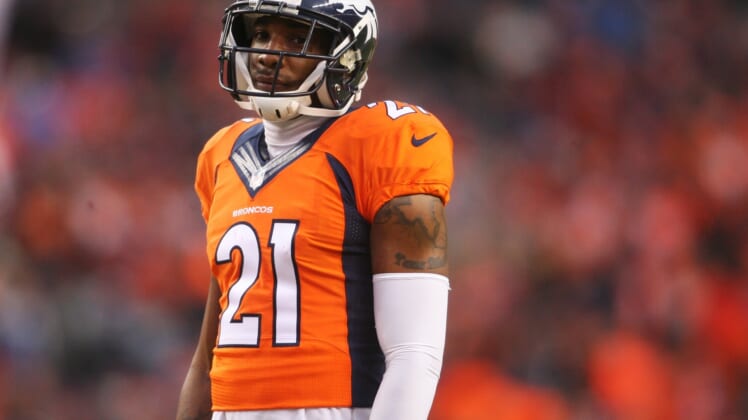 The Denver Broncos reportedly have cornerback Aqib Talib on the trade block (which you can read about here). But the market for him may not be especially strong. Multiple NFL general managers reportedly said they would not trade for him and believe the Broncos will release the five-time Pro Bowler.

Some food for thought but asked three GMs at Senior Bowl if they would trade for Aqib Talib — $12M against cap in '18, $8M against cap in '19 — all three answered "no" and they believed Broncos would release Talib because dead money charge is $1M so why surrender any picks

Talib still has a lot left in the tank. He was named to his fifth straight Pro Bowl in 2017, recording three interceptions. But his age (and some of his antics) make him something of a question mark heading into 2018. Talib will turn 32 in February and has the aforementioned big cap number.

The Broncos are a team in need of a quarterback and may need to clear some salary to acquire that guy. As such, it makes sense that they’d be looking to move on from Talib, one way or the other.