Report: Anthony Rendon had similar offers before signing with the Angels 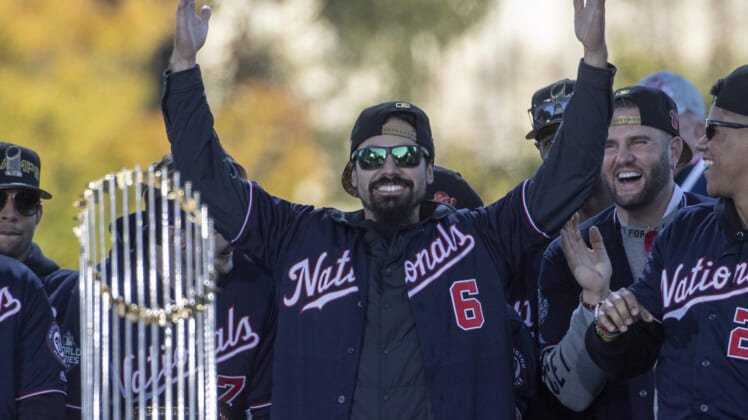 More than anything, Mike Trout was the biggest winner here. He finally gets the necessary protection that’s been lacking in the Angels’ lineup.

There were also a number of losers. That includes a Los Angeles Dodgers team that was in on the third baseman.

According to Bob Nightengale of USA Today Sports, Rendon had similar seven-year offers from other teams before opting to sign with the Halos.

It’s not yet known what teams made official offers. What we do know is that the Dodgers, Texas Rangers and Rendon’s former Washington Nationals team were involved in the free agent.

Los Angeles reportedly did not make an offical offer to Rendon during the meetings. While Texas was in on Rendon, the team quickly turned its attention to Josh Donaldson before the Rendon to Los Angeles deal was reported.

As it relates to the Nationals, their ownership group previously noted that it would be impossible to re-sign both Rendon and Stephen Strasburg. Once Washington re-signed Strasburg to a then-record $245 million deal earlier in the week, Rendon was as good as gone.

As it is, the Angels won out in the sweepstakes for one of this winter’s best free agents. That should go a long way in making the team relevant once again.