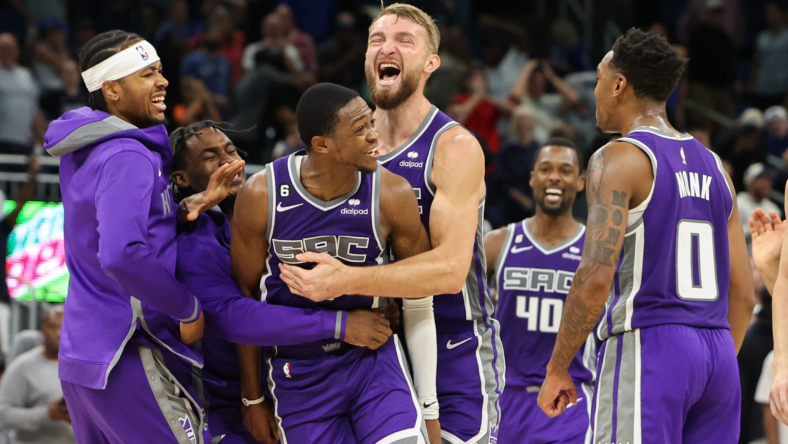 It’s only November, but the Sacramento Kings are on a path to making a comeback to the postseason. After their recent win against the Brooklyn Nets, where the team scored 153 points, the Kings are starting to look like a real problem in the Pacific Division.

Before the beginning of the 2022-23 NBA season, it was clear that the team’s newly acquired players would need to play a massive role in their success. So far, that’s been the case for Sacramento. The new veterans have set a standard that the young players are following this season.

Last season, the Sacramento Kings were 25th in net rating with -5.2. It was probably the effect of their mid-season roster moves that made them acquire Domantas Sabonis from the Indiana Pacers for Tyrese Haliburton. This season, they’re better than ever. In their first 14 games, Sacramento managed to be in the top 10 in net rating, showing just one key example of their improvement on both sides of the floor.

After their recent win against the San Antonio Spurs, the Kings are currently on a five-game winning streak. With their production on the floor, this could be the roster that breaks the Kings’ 16-year playoff drought. Here are three reasons why the Sacramento Kings seem primed for a postseason return.

It’s a known fact that to win in the NBA, a team must have trust in each of their teammates. For example, the Golden State Warriors averaged 27.1 assists and were fifth in the NBA last season. This style of play allowed the Warriors to win the title over the Boston Celtics. The Kings, on the other hand, averaged 23.7 and were 27th in the entire league.

For the 2022-23 campaign, Sacramento is averaging 28.2 assists, putting them in fourth place in the association for assists. We’re not saying the Kings will win the championship this season. However, they are on the right track to getting back into the playoff race.

Also, acquiring Sabonis was a paramount deal for the Kings. He’s a traditional big man who loves to share the ball, similar to his father, Arvydas. His chemistry with De’Aaron Fox is quite deadly, as they can surprise the defense with quick decisions. After years of searching for a star to pair with Fox, the Kings could settle for the Lithuanian big man.

Mike Brown has yet to infuse his elite defensive philosophy

Last season, Mike Brown spent the entire 2022-23 season as an assistant coach for the Warriors. Brown helped the Dub-Nation with their title quest with his strategic defensive philosophy. Hiring the decorated coach could be one of the best moves of the Kings’ general manager, Monte McNair.

For context, Brown is a very experienced head coach around the league. In his first year as a head coach, he transformed the LeBron James-led Cleveland Cavaliers into a 50-win team. His defensive philosophy has helped his teams become legitimate threats. His strategy was the reason the Warriors hired Brown back in 2016.

So far, the Kings haven’t improved a lot defensively. But that could all change as they’ve already figured out their offensive system this season. Once they start playing like the past Warriors teams on defense, the league should start taking note.

When watching the Sacramento Kings play against the San Antonio Spurs recently, it felt different. The vibe was incredibly positive, and the entire arena was rocking on each play. As I’ve mentioned earlier, their team chemistry is on another level. It could be because they have plenty of players with different roles that’s turned them into a fun team.

In their matchup against the Spurs, there was a sequence where they broke out into a fastbreak after Fox stole the ball. He waited for the trailing Malik Monk and threw a lob pass. However, it was too strong, and Monk missed. Luckily, Trey Lyles was there to finish the play. After that, Fox and Monk were both smiling at their error. 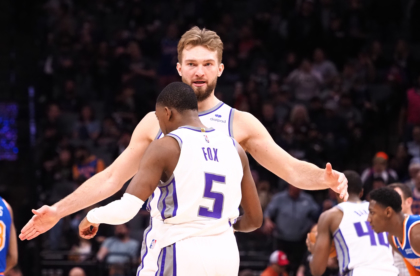 Also Read:
Why the Sacramento Kings should be optimistic about the 2022-23 NBA season

From that play, we could see how the team enjoyed playing basketball. Even though the players commit mistakes, they have an assurance that they can get it back on the next possession. It’s fun to watch the Kings play this season.

While the season is still at the start of the 2022-23 campaign, Sacramento has shown a new identity. By doing so, the Kings have attracted new fans who have given them the energy to win games. Maybe it was a good idea for the organization to have a light beam on top of their arena.